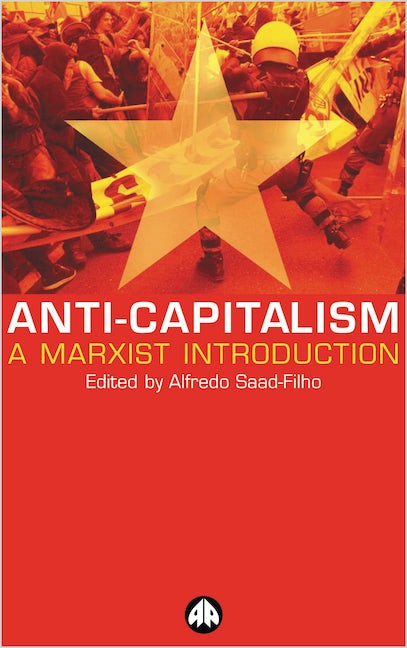 This book is a collection of essays from some of the world's leading Marxist economists on the problems of globalisation and the evolution of modern capitalism.

With contributions from Suzanne de Brunhoff, Ellen Meiksins Wood, Ben Fine, Simon Clarke, John Holloway and John Weeks among others, it provides a cohesive critique of the weaknesses of the existing system and puts forward a new agenda for anti-capitalist thought and action.

Covering key issues such as globalisation, the nation state, money and finance, conflict and war, technological change, the environment, class struggle, economic crisis, capitalism in the Third World, the collapse of the USSR, and the transcendence of capitalism, this is an ideal introduction to some of the most pressing problems of our time.

Acknowledgements
Introduction by Alfredo Saad-Filho
Part I: Capital, Exploitation and Conflict
1. Value, Capital and Exploitation by Alfredo Saad-Filho
2. Does All Labour Create Value? by Simon Mohun
3. Money as Money and Money as Capital in a Capitalist Economy by Costas Lapavitsas
4. Capitalist Competition and the Distribution of Profits by Diego Guerrero
5. Contesting Labour Markets by Ben Fine
6. Technological Change as Class Struggle by Les Levidow
7. Capitalism, Nature and the Class Struggle by Paul Burkett
Part II: Global Capitalism
8. The History of Capitalism by Michael Perelman
9. Globalisation and the State: Where is the Power of Capital? by Ellen Meiksins Wood
10. Financial and Industrial Capital: a New Class Coalition by Suzanne de Brunhoff
11. War, Peace and Capitalism: Is Capitalism the Harbinger of Peace or the Greatest Threat to World Peace? by Christopher Cramer
12. Understanding Capitalism in the Third World by Elizabeth Dore
13. Developing Country Debt and Globalisation by John Weeks
14. Globalisation and the Subsumption of the Soviet Mode of Production under Capital by Simon Clarke
Part III: Crisis and the Supersession of Capitalism
15. Capital Accumulation and Crisis by Paul Zarembka
16. Marxian Crisis Theory and the Postwar US Economy by Fred Moseley
17. Where is Class Struggle? by John Holloway
18. Transcending Capitalism: The Adequacy of Marx’s Recipe by Michael Lebowitz
19. Towards a Society of Free and Associated Individuals: Communism by Paresh Chattopadhyay
List of Contributors
Index
Published by Pluto Press in Dec 2002
Paperback ISBN: 9780745318936