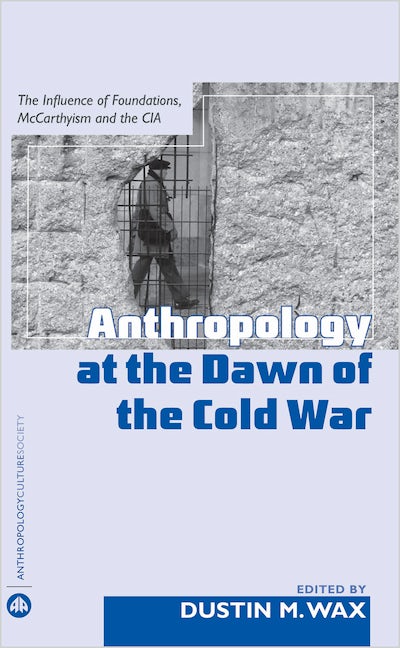 Anthropology At the Dawn of the Cold War

The Influence of Foundations, Mccarthyism and the CIA

The contributors show how anthropologists became both tools and victims of the Cold War state during the rise of the United States in the post-War period. Examining the intersection between science and power, this book is a compelling read for anthropologists, historians, sociologists, and anyone interested in the way in which colonial and neo-colonial knowledge is produced and constructed.

Dustin M. Wax is a cultural anthropologist and the Executive Director at the Burlesque Hall of Fame. He has previously taught anthropology and women's studies at the College of Southern Nevada and the University of Nevada, Las Vegas. He is the editor of Anthropology At the Dawn of the Cold War (Pluto, 2008).

'A fascinating study in the political nature of ideas, and the terrible consequences of mechanical and deterministic approaches to Marxism' - Penny Howard
Acknowledgements
Introduction: Anthropology at the Dawn of the Cold War by Dustin M. Wax
1. Ashley's Ghost: McCarthyism, Science, and Human Nature (Susan Sperling)
2. Materialism's Free Pass: Karl Wittfogel, McCarthyism, and the 'Bureaucratisation of Guilt' by David Price
3. American Colonialism at the Dawn of the Cold War by Marc Pinkoski)
4. In the Name of Science: The Cold War and the Direction of Scientific Pursuits by Frank A. Salamone
5. Peasants on Our Minds: Anthropology, the Cold War and the Myth of Peasant Conservatism by Eric B. Ross)
6. Organizing Anthropology: Sol Tax and the Professionalisation of Anthropology by Dustin M. Wax
7. Columbia University and the Mundial Upheaval Society: A Study in Academic Networking by William Peace)
8. Afterword: Reconceptualising Anthropology's Historiography by Robert L.A. Hancock
Contributors
Index
Published by Pluto Press in Jan 2008
Paperback ISBN: 9780745325866