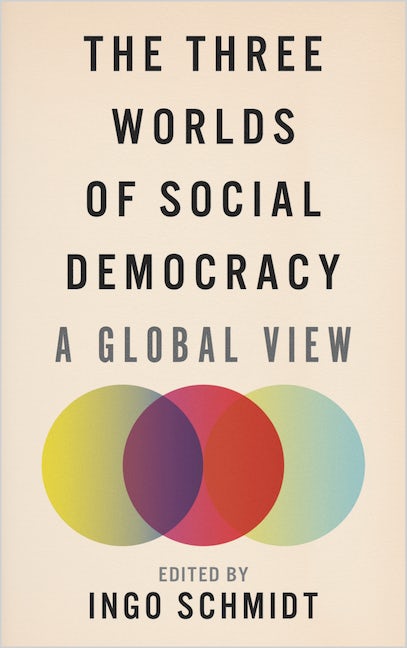 The Three Worlds of Social Democracy

The first global study of social democracy - authored by a wide range of leading thinkers from around the world
Social democracy is clearly at a dead end, but is it actually dead? The Three Worlds of Social Democracy explores the historical and theoretical path of the social democratic parties from their inception to the present day through a series of essays by high-profile experts in the field.

Looking at the international picture, the book highlights the movement’s spread to the postcolonial and post-communist countries of the Global East and South such as Eastern Europe, Latin America, India, and South Africa at the time it was considered past its prime in the West, a shift which is often ignored by mainstream analyses. However, the authors are not optimistic about its future – despite the rise of popular parties such as Greece’s Syriza, a combination of international economic stagnation combined with an overall weakening of popular left-wing movements and a terrifying rise of extreme rightist parties paints a gloomy picture for the future of social democracy.

This is one of the first truly global explorations of the methods, meanings, and limits of social democracy. This book will be of lasting value to students of politics and will further the ongoing debate about the future of social democratic politics across the modern world.