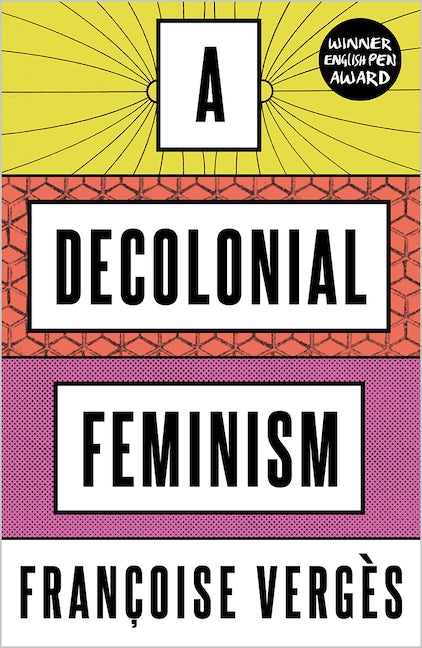 For too long feminism has been co-opted by the forces they seek to dismantle. In this powerful manifesto, Francoise Verges argues that feminists should no longer be accomplices of capitalism, racism, colonialism and imperialism: it is time to fight the system that created the boss, built the prisons and polices women’s bodies.

A Decolonial Feminism grapples with the central issues in feminist debates today: from Eurocentrism and whiteness, to power, inclusion and exclusion. Delving into feminist and anti-racist histories, Verges also assesses contemporary activism, movements and struggles, including #MeToo and the Women's Strike.

Centring anticolonialism and anti-racism within an intersectional Marxist feminism, the book puts forward an urgent demand to free ourselves from the capitalist, imperialist forces that oppress us.

Ashley J. Bohrer is Assistant Professor of Gender and Peace Studies at the Keough School of Global Affairs, University of Notre Dame. She is the author of Marxism and Intersectionality: Race, Gender, Class, and Sexuality under Contemporary Capitalism (transcript, 2019).

'A vibrant and compelling framework for feminism in our times'

'Anchored in a deep commitment to justice and liberation, Vergès’s writing encourages us to open our minds and think with our hearts about the many ways the world oppresses and destroys, and about the things that are done, everyday and everywhere, to resist this and make it otherwise'

'A powerful tool of social transformation'

‘Incisive… an invitation to reconnect with the utopian power of feminism’

'Develops a critical perspective on feminism to reconsider the conditions of possibility and purpose… resituates feminism in a truly political, emancipatory and critical dimension’

'Essential for highlighting the current divisions within feminist political agendas, and for collective reflection on a profound, radical transformation of society… Necessary reading.'

'A feminist narrative of how decolonization is a never-ending struggle!'

Why do we need a decolonial feminism? In this extract, Françoise Vergès looks to the history of western feminism, showing how white women slave abolitionists were complicit in the ‘civilizing mission’, and how that affects the discourse today.

END_OF_DOCUMENT_TOKEN_TO_BE_REPLACED
Back to Top
X