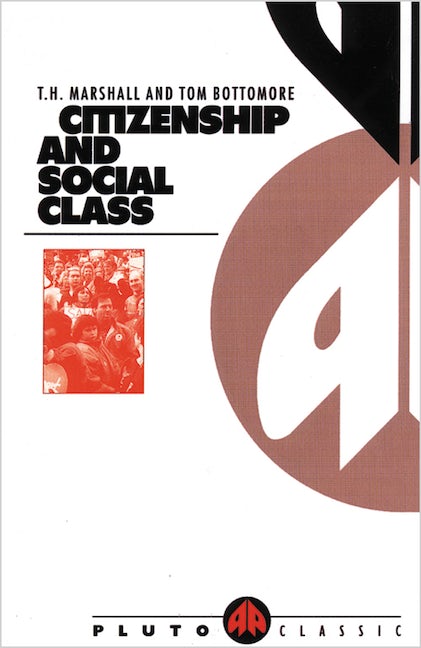 Examines the prospects for social equality in post-war Britain, and provides a detailed consideration of what has been achieved so far
Over forty years after it first appeared, T.H. Marshall's seminal essay on citizenship and social class in post-war Britain has acquired the status of a classic. His lucid analysis of the principal elements of citizenship – namely, the possession of civil, political and social rights – is as relevant today as it was when it first appeared.

It is reissued here with a new and complementary monograph by Tom Bottomore in which the meaning of citizenship is re-examined, in very different historical circumstances. In asking how far the prospects for class equality have been realised, Bottomore continues the discussion in a context that encompasses the restoration of civil and political rights in Eastern Europe, problems of welfare capitalism, citizenship and the nation state and the broader issues of equality and democratic institutions.

T.H. Marshall was Professor of Sociology at the London School of Economics, then director of the Social Sciences Department at UNECSO and President of the International Sociological Assoiciation from 1959 to 1962.