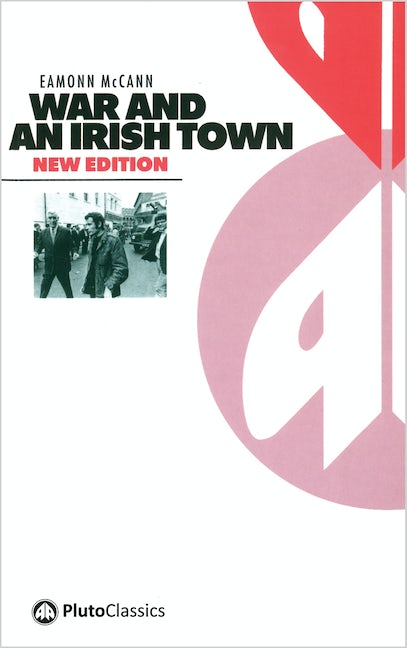 War and an Irish Town

He witnessed the gradual transformation of the civil rights movement from a mild campaign for 'British Democracy' to an all-out military assault on the British state. This new edition updates the last edition (1980) with an additional introduction covering the last thirteen years.

War and an Irish Town is a trenchant, powerful narrative which reaches an unequivocal conclusion: 'There can be no internal solution to the Northern Ireland problem. The existence of the northern state is the problem'.

Eamonn McCann is an Irish politician, journalist and political activist from Northern Ireland. He is the author of The Bloody Sunday Inquiry (Pluto, 2005), which became the classic account of the 1972 events. He is also the author of War and an Irish Town (Pluto, 1993).

'So honest, so human and so readable.' - Irish Times 'There is no denying the powerful ways in which McCann recounts the events of those early years of the troubles.' - Robert Fisk, The Times 'Few could quarrel with the publisher's description of this as a classic.' - Books Ireland 'An essential reference work for those interested in the roots of the conflict in the North.' - Irish Post
Published by Pluto Press in Oct 1993
Paperback ISBN: 9780745307251

Who are the DUP?

What are the historical circumstances from which the DUP were formed? What will this coalition mean for Tory policy? What does it mean for power-sharing in Northern Ireland?

END_OF_DOCUMENT_TOKEN_TO_BE_REPLACED
Back to Top
X