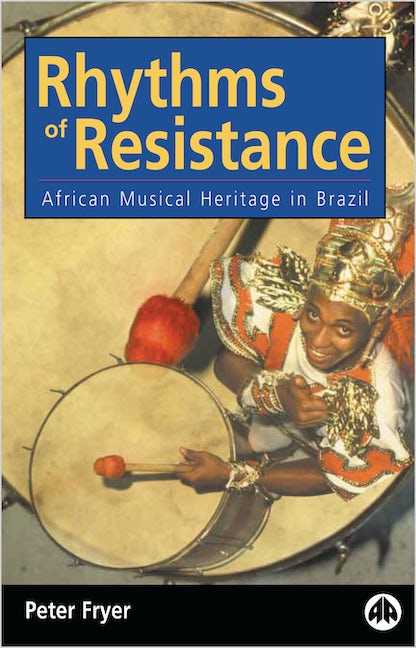 African rhythms are at the heart of contemporary black Brazilian music. Surveying a musical legacy that encompasses over 400 years, Rhythms of Resistance traces the development of this rich cultural heritage.

Acclaimed author Peter Fryer describes how slaves, mariners and merchants brought African music from Angola and the ports of East Africa to Latin America. In particular, they brought it to Brazil – today the country with the largest black population of any outside Africa. Fryer examines how the rhythms and beats of Africa were combined with European popular music to create a unique sound and dance tradition. Fryer focuses on the political nature of this musical crossover and the role of an African heritage in the cultural identity of Brazilian blacks today.

s of Resistance is an absorbing account of a theme in global music and is rich in fascinating historical detail.

Peter Fryer (1927-2006) was a jazz-playing Marxist author and activist. He was expelled from the Communist Party in 1956 for rejecting Stalinism, and later fought the imperial mendacity of whitewashed British history, authoring the now-classic Staying Power: The History of Black People in Britain (Pluto, 2018).