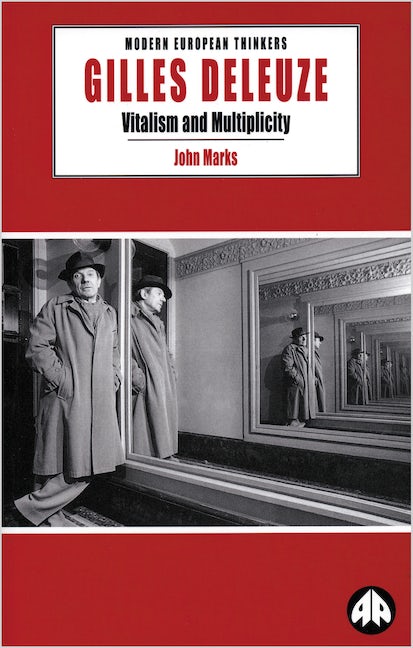 A guide to the work of Gilles Deleuze
Gilles Deleuze is widely regarded as one of the major post-war proponents of Nietzschean thought in continental philosophy. Over a period of forty years, he presented what amounts to a philosophy of vitalism and multiplicity, bringing together concepts from thinkers as diverse as Nietzsche and Hume.

In the first comprehensive English-language introduction to Deleuze, John Marks offers a lucid reading of a complex, abstract and often perplexing body of work. Marks examines Deleuze’s philosophical writings – as well as the political and aesthetic preoccupation which underpinned his thinking – and provides a rigourous and illuminating reading of Deleuze’s early studies of Hume, Nietzsche, Kant, Bergson and Spinoza, his collaborations with Felix Guattari, and the development of a distinctively ‘Deleuzian’ conceptual framework.

Marks focuses on the philosophical friendship that developed between Deleuze and Foucault and considers the full range of Deleuze’s fascinating writings on literature, art and cinema. This is a clear and concise guide to the work of one of the twentieth century’s most influential thinkers.

John Marks is a reader in the Department of Modern Languages, Nottingham Trent University. He has written on Michel Foucault and Andre Gorz.