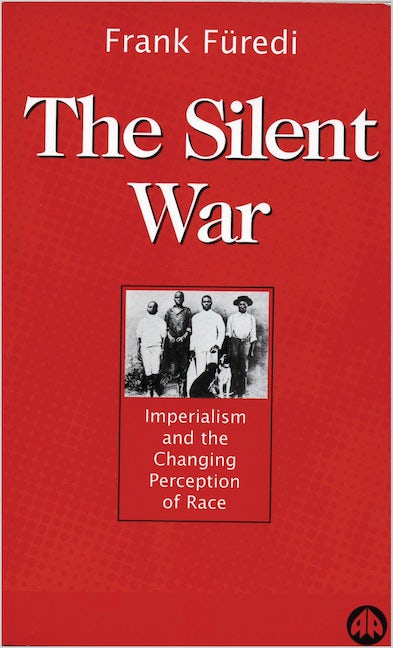 Imperialism and the Changing Perception of Race

A radical exploration of the origins of the Anglo-American race relations industry
Racial identity has been central to twentieth-century Western imagination. Yet, argues Frank Füredi, advocates of racial identity have long felt uncomfortable with the racialised global order they created.

In ilent War, Frank Füredi provides a radical exploration of the origins of the Anglo-American race relations industry, arguing that its emergence was driven by a conservative impulse of damage limitation; white racial fears and the internal crisis of confidence of the Anglo-American elites helping to transform racial thinking into a defensive philosophy of race relations. Füredi reveals how this shift in the conceptualisation of race is reflected in the management of international relations and demonstrates how, by the 1940s, Western powers were reluctant to openly use the discourse of race in international affairs.

War examines the extent of the silent race agenda in the postwar era and helps explain why North–South affairs continue to be influenced by the issue of race.

Frank Furedi is Reader in Sociology at the University of Kent at Canterbury. He has written widely on history, sociology and politics and is the author of The Silent War: Imperialism and the Changing Perception of Race, The New Ideology of Imperialism: Renewing the Moral Imperative and Mythical Past and Elusive Future: History and Society in an Anxious Age, all published by Pluto Press.

'Provides a critical account of the changing balance of power between western nations and the Third World since the second world war and the unspoken racial fears of ruling elites over that period ... an unusually candid critique of the 'fashionable' obsession with prejudice' - Times Higher Education Supplement 'An important work that asks important questions about the struggle for racial equality today, and adds new insights into the history of racial thinking' - Independent on Sunday
Introduction
1. The Troubled White Consensus
2. Early Warnings – Presentiment of Racial Conflict
3. The New Racial Pragmatism
4. Reversing the Problem of Racism
5. Crossing the Boundary – The Marginal Man
6. The Second World War as Race War
7. As An International Issue
8. The Silent Fifties – Redefining the Issue of Racism
9. Conclusion
Notes
Bibliography
Index