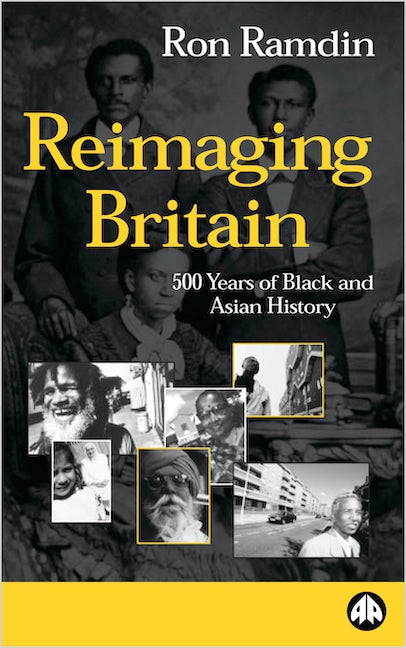 500 Years of Black and Asian History

A full understanding of Black and Asian history within the British context is integral to achieving a truly multicultural Britain. In this landmark book, Ron Ramdin offer the first complete history of both the Black and Asian experience in Britain

In bringing the largely hidden histories of these immigrant communities to the fore, Ron Ramdin's wide-ranging study challenges conventional histories of the British Isles. ing Britain will lead to a reappraisal of how 'British' history is written in the future.

Ron Ramdin is a historian, biographer and novelist. His previous books include Paul Robeson: The Man and His Mission, The Other Middle Passage and The Making of the Black Working Class in Britain.

'A thorough history. It recounts the major historical episodes, and includes material on all the main figures, from Olaudah Equiano to Salman Rushdie' - Commission for Racial Equality

'Very interesting. It enabled me to gain further insight into the difficulties black and Asian people experienced in this country and their own country of origin over a 500-year period' - RACE: Multi-Cultural Journal