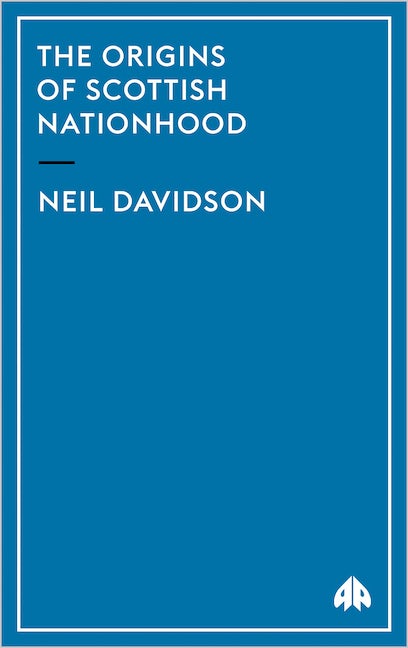 The Origins of Scottish Nationhood

The traditional view of the Scottish nation holds that it first arose during the Wars of Independence from England in the thirteenth and fourteenth centuries. Although Scotland was absorbed into Britain in 1707 with the Treaty of Union, Scottish identity is supposed to have remained alive in the new state through separate institutions of religion (the Church of Scotland), education, and the legal system.

Neil Davidson argues otherwise. The Scottish nation did not exist before 1707. The Scottish national consciousness we know today was not preserved by institutions carried over from the pre-Union period, but arose after and as a result of the Union, for only then were the material obstacles to nationhood – most importantly the Highland/Lowland divide – overcome. This Scottish nation was constructed simultaneously with and as part of the British nation, and the eighteenth century Scottish bourgeoisie were at the forefront of constructing both. The majority of Scots entered the Industrial Revolution with a dual national consciousness, but only one nationalism, which was British. The Scottish nationalism which arose in Scotland during the twentieth century is therefore not a revival of a pre-Union nationalism after 300 years, but an entirely new formation.

Davidson provides a revisionist history of the origins of Scottish and British national consciousness that sheds light on many of the contemporary debates about nationalism.

Neil Davidson lectured in Sociology with the School of Social and Political Sciences at the University of Glasgow. He wrote several books on Scottish nationalism, including Discovering the Scottish Revolution 1692-1746 (Pluto Press, 2003) and The Origins of Scottish Nationhood (Pluto Press, 2000).