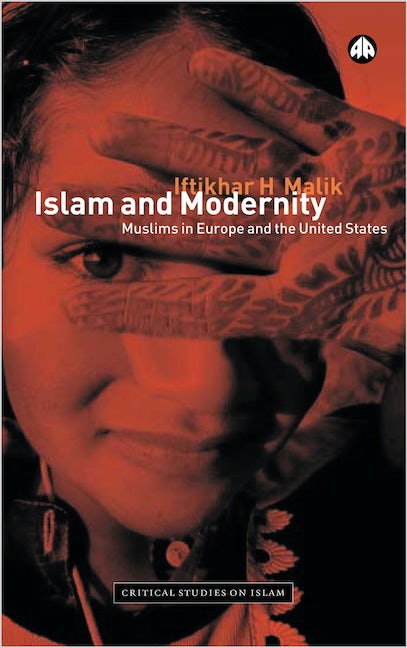 Muslims in Europe and the United States

Explores the problematic relationship between Islam, the West and 'modernity'
What's it like to be a Muslim living in the West today? And how different is it to the experiences of Muslims who lived in Western countries many generations ago?

It is a difficult time right now for the Muslim diaspora throughout the United States and Europe. George W. Bush's 'war on terror' is seen through much of the Muslim world as a war on Islam. This has complex repercussions for Muslims living in the West. Tensions and anxieties are running high as many Muslims in America and Europe are caught in a climate of social unrest, much of it compounded by living in the spotlight of the media. This book generates a fresh perspective on the problematic relationships between Islam, the West and so-called modernity -- in the light of an increasingly vocal Muslim diaspora in Europe and the United States.

This is not the first time that conflict has arisen between Muslims in the West and their other communities -- this book examines a long history of volatile social relations based on extensive travels and research across four continents. Iftikhar H. Malik offers a wealth of case studies ranging from Muslim Spain and the Ottoman Empire to the present day; from the eruptions of anti-Islamic feeling over the Salman Rushdie affair to the demonisation of Islam currently running high on the agenda of the 'war on terror'.

Iftikhar Malik is a Professor and senior lecturer in history at Bath Spa University College, and a member of the editorial board of Contemporary South Asia. He is the author of Islam and Modernity (Pluto Press, 2003).

'An admirable stocktaking of how Muslims came to be where they are today in the modern world. It is a tour de force through centuries and across continents' - Erika Friedl, Islam and Christian-Muslim Relations 'Examines a long history of volatile social relations based on extensive travels and research across four continents ... Iftikhar H. Malik offers a wealth of case studies' - The Middle East
Preface
Glossary
1. Modernity and Political Islam: Contestants or Companions?
2. The Saga of Muslim Spain: Pluralism to Elimination.
3. Muslims in Spain: Beginning of an End.
4. Islam and Britain: Old Cultures, Odd Encounters.
5. Muslims in Britain: Multiculturalism and Emerging Discourse.
6. Muslim in France, Germany and the European Union: Aliens or Allies?
7. Ireland and Islam: The Green Twins or Worlds Apart?
8. Islam and the United States: New Friends or Old Enemies?
Epilogue : Andalusia or Renaissance?
Bibliography
Published by Pluto Press in Nov 2003
Paperback ISBN: 9780745316116