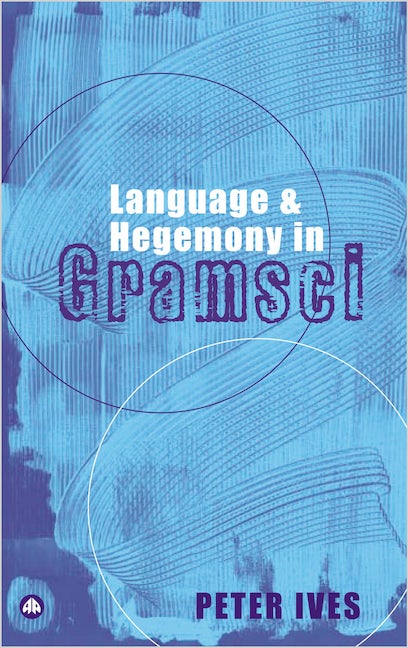 Language and Hegemony in Gramsci

This book demonstrates the continued political and theoretical relevance of Gramsci's writing on language.
Language and Hegemony in Gramsci introduces Gramsci’s social and political thought through his writings on language. It shows how his focus on language illuminates his central ideas such as hegemony, organic and traditional intellectuals, passive revolution, civil society and subalternity. Peter Ives explores Gramsci’s concern with language from his university studies in linguistics to his last prison notebook. Hegemony has been seen as Gramsci’s most important contribution, but without knowledge of its linguistic roots, it is often misunderstood.

This book places Gramsci’s ideas within the linguistically influenced social theory of the twentieth century. It summarizes some of the major ideas of Ferdinand de Saussure, Ludwig Wittgenstein, language philosophy and post-structuralism in relation to Gramsci’s position. By paying great attention to the linguistic underpinnings of Gramsci's Marxism, Language and Hegemony in Gramsci shows how his theorization of power, language and politics address issues raised by post-modernism and the work of Michel Foucault, Jacques Derrida, Chantal Mouffe, and Ernesto Laclau.

Peter Ives is Professor in the Department of Politics at the University of Winnipeg. He completed his PhD in Social and Political Thought at York University, Toronto in 1998. He is the author of Gramsci's Politics of Language: Engaging the Bakhtin Circle and the Frankfurt School (2004).

Antonio Gramsci died 80 years ago, to celebrate his life and work Michele Filippini dissects the evolving function of Gramsci’s thought.

We present our Gramsci Reading List, celebrating the work of Antonio Gramsci. Regarded as one of the most significant Marxists of the twentieth century, he merits inclusion in any register of classical social theorists.

END_OF_DOCUMENT_TOKEN_TO_BE_REPLACED
Back to Top
X