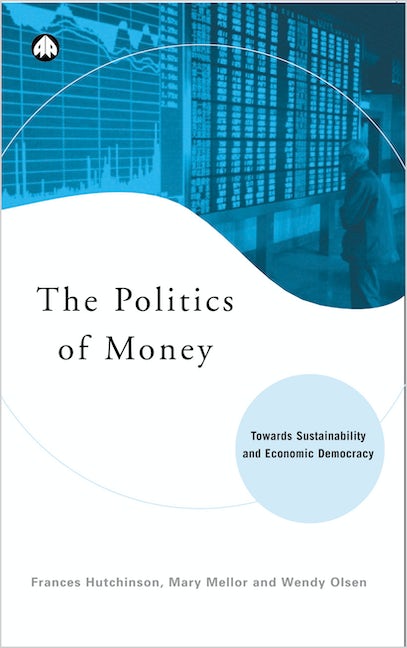 The Politics of Money

Towards Sustainability and Economic Democracy

Explores the evolution of our economic system as serving ends quite unrelated to the provisioning and sustainability of human communities
Classical and radical economists have marginalised the role of money, most particularly the role of credit, in driving the machinery of accumulation and exclusion. Although critiques of capitalism from Marxist, feminist and ecological perspectives abound, The Politics of Money is unique in gathering the strengths of these differing critiques into a coherent whole.

The book reviews the role of money in current society through an overview of the history of money creation and a critique of the main theoretical developments in economic thought. Alternative perspectives on money are then presented through a review of a number of radical perspectives but focusing mainly on the work of Marx, Veblen and the social credit perspective of Douglas and the guild socialists.

The authors have drawn upon their varied expertise in economics and the social sciences to produce the foundations of a new political economy that will enable communities to reconstruct their socio-economic fabric through social and political control of money systems.

Frances Hutchinson is a former research fellow at the University of Bradford with a lifelong interest in ecology, economy and society. She is the author of The Politics of Money: Towards Sustainability and Economic Democracy (Pluto, 2002) and The Political Economy of Social Credit and Guild Socialism (Routledge, 1997).

Wendy Kay Olsen is Professor at the Cathie Marsh Institute for Social Research at the University of Manchester. She is co-author of The Politics of Money: Towards Sustainability and Economic Democracy (Pluto, 2002).