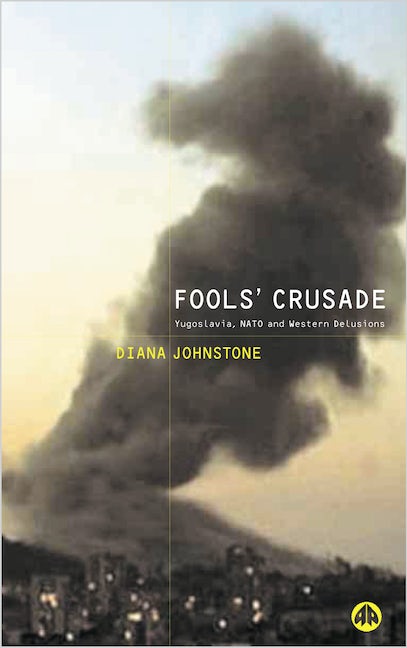 Why the the 'War in Kosovo' was the model for future destruction of countries
In the endless series of United States military interventions, the 'humanitarian' bombing of Yugoslavia played a key role in gaining support of the centre left for war as an instrument of policy.

Thanks to massive deception and self-deception by media and politicians, even the anti-globalisation movement failed to grasp the implications of the aggressive military globalisation pursued by the United States, from Iraq to Afghanistan and beyond.

In this study, Diana Johnstone identifies the common geopolitical interests running through all these past, present and future military interventions. She argues persuasively that outside intervention creates rather than solves problems and cannot be justified.

Johnstone shows that the 'War in Kosovo' was in reality the model for future destruction of countries seen as potential threats to the hegemony of the 'International Community', led by the United States.

Diana Johnstone is a distinguished essayist and columnist, who writes frequently for CounterPunch and ZNet among many high-profile publications in Europe and the US. She is the author of Fools' Crusade: Yugoslavia, NATO and Western Delusions (Pluto, 2002). Her articles on the Balkans have been translated in many European languages. She lives in Paris.