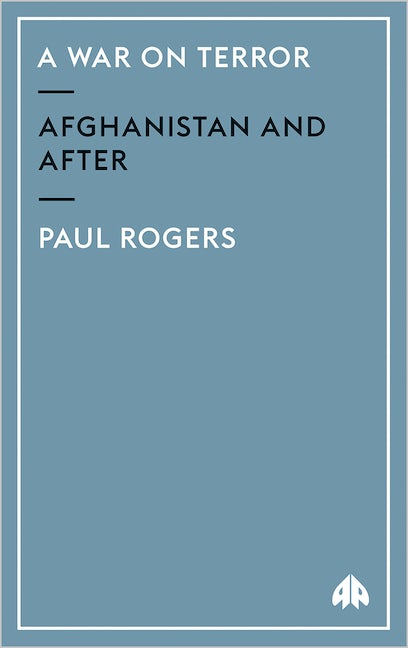 A War on Terror

Radical critique of the 'war on terror' by leading media commentator and peace scholar.
Radically assessing George W. Bush's security policy, the impact it has had on world security and the grave implications that it holds for future peace, not only in the Middle East but throughout the world come to light.

Moving from the war in Afghanistan and its aftermath to the Israeli/Palestinian conflict, the continuing development of al-Qaida and its associates through to the war on Iraq, Rogers presents a uniquely cogent analysis of these rapid and traumatic events. In a world in which the US and other states of the Atlantic community are increasingly speaking a different language to that of the majority of the world, Paul Rogers offers a vital critical assessment of the language of dominance and control as 'the New American Century' unfolds.

For the US, in particular, the post-9/11 world is one in which it is essential to maintain firm control of international security, extending to pre-emptive military action. In this book, Rogers demonstrates how futile, mistaken and deeply counter-productive that belief is, and points the way to more effective routes to a more just and secure world.