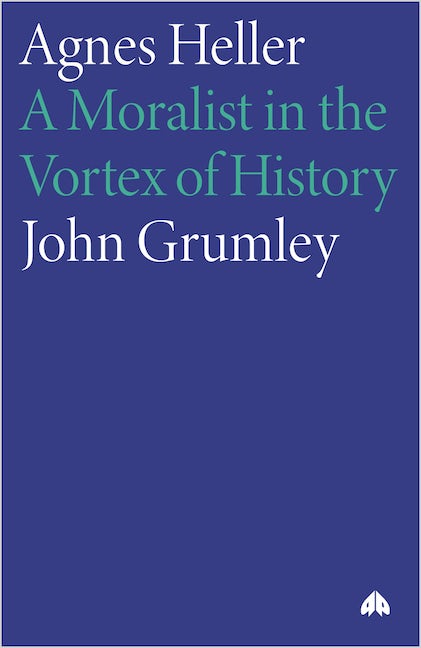 A Moralist in the Vortex of History

Concise student introduction to political philosopher Agnes Heller that covers the development of her thinking over several decades.
Agnes Heller is one of the leading thinkers to come out of the tradition of critical theory. Her awesome intellectual range and output includes ethics, philosophical anthropology, political philosophy and a theory of modernity and its culture.

Hungarian by birth, she was one of the best known dissident Marxists in central Europe in the 1960's and 1970's. Since her forced immigration she has held visiting lectureships all over the world and has been the Hannah Arendt Professor of Philosophy at the New School in New York for the last twenty years.

This introduction to her thought is ideal for all students of philosophy, political theory and sociology. Grumley explores Heller's early work, elaborating her relation to Lukacs and the evolution of her own version of Marxism. He examines the subsequent break with Marxism and the initial development of an alternative radical philosophy. Finally, he explains and assesses her mature reflective post-modernism, a perspective that is both sceptical and utopian, that upholds a critical humanist perspective just as it critiques contemporary democratic culture.

John Grumley is a senior lecturer in the School of Philosophy, University of Sydney. He is the author of History and Totality (Routledge, 1989) and many articles in a range of international journals on issues in contemporary critical theory. He is also the editor of Culture and Enlightenment: Essays for Gyorgy Markus (Ashgate, 2002).

Acknowledgements
Introduction
Dark Times, the Existential Choice and the Moral Mission
Section 1: The Renaissance of Marx
1: Lukacs, Ethics and Everyday Life
2: Towards a Philosophical Anthropology
3: Critique of Really Existing Socialism
Section 2: Towards Post-Marxist Radicalism
4: The Quest for Philosophical Radicalism
6: Rationality through the Prism of Everyday Life
7: The Limits of Modern Justice
8: A New Theory of Modernity
9: The Ethical Imperative
Section 3: Reflective Post-Modernism
10: The Spirit of Our Congregation
11: The Pendulum of Modernity
12: Paradoxical Cultural Modernity
13: Autonomy, Irony and Ethics
15: Conclusion:
References
Index
Published by Pluto Press in Dec 2004
Paperback ISBN: 9780745321936