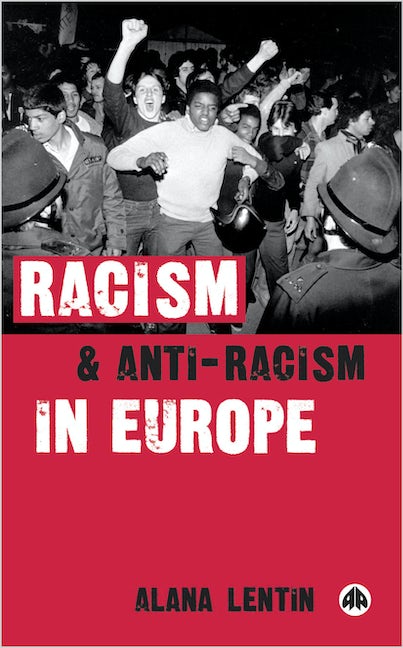 Racism and Anti-Racism in Europe

A comparative political sociology of anti-racism in Europe, showing the various discourses within this movement
‘Remarkable ... a major contribution to our understanding and handling of one of the crucial contemporary issues that acquires more gravity by the day.’ Zygmunt Bauman

This is an in-depth sociological study of the phenomenon of anti-racism, as both political discourse and social movement practice in western Europe.

Lentin develops a comparative study of anti-racism in Britain, France, Italy and Ireland. While ‘race’ and racism have been submitted to many profound analyses, anti-racism has often been dealt with as either the mere opposite of racism or as a theme for prescriptives or polemics by those concerned with the persistence of racist discrimination.

By contrast, this book views anti-racism as a variety of discourses that are central to the understanding of the politics of modern states. Examining anti-racism gives us insights not only into current debates on citizenship, immigration and Europeanisation, but it also crucially assists us in understanding the nature of race, racism and racialisation themselves.

At a time of mounting state racism against asylum seekers, migrants and refugees throughout Europe and beyond, this book provides a much-needed exploration of the discourse of anti-racism that shapes policy and public opinion today.

Alana Lentin is currently a research fellow at the Refugee Studies Centre, University of Oxford. She has recently completed her PhD at the European Institute of Florence and has published many articles on racism.

Alana Lentin is an antiracist race critical scholar working on the critical theorisation of race, racism and anti-racism. Her latest book is 'Why Race Still Matters' (Polity, 2020). She is currently editing the section on Antiracism Mobilisations and Resistance of the Routledge Encylopaedia of Race and Racism with Maria Elena Indelicato. She co-edits the Rowman and Littlefield International book series, Challenging Migration Studies, with Gavan Titley. She was the President of the Australian Critical Race and Whiteness Studies Association (2017-20).

'A remarkable book. It is a major contribution to our understanding and handling of one of the crucial contemporary issues that acquires more import and gravity by the day' - Zygmunt Bauman 'An excellent book, which enriches the tradition of political sociology conceptually, methodologically and substantively' - Peter Wagner, Professor of Social and Political Sciences, European University Institute - Florence
Acknowledgements
List of Interviews
Introduction. Anti-Racism, Sociology and the Political
1. ‘Race’ & State: European modernity and the political idea of ‘race’
2. Explaining Racism: Anti-racist discourse between culture and the state
3. Anti-Racist Orientations: France, Britain, Ireland, Italy
4. Anti-Racism as Public Political Culture
5. Who Says What For Whom and From Where? Anti-racism and political representation
Conclusion. Anti-Racist Futures: A sense of déjà vu or a journey into the unknown?
Bibliography
Index
Published by Pluto Press in Jun 2004
Paperback ISBN: 9780745322209
eBook ISBN: 9781783718641