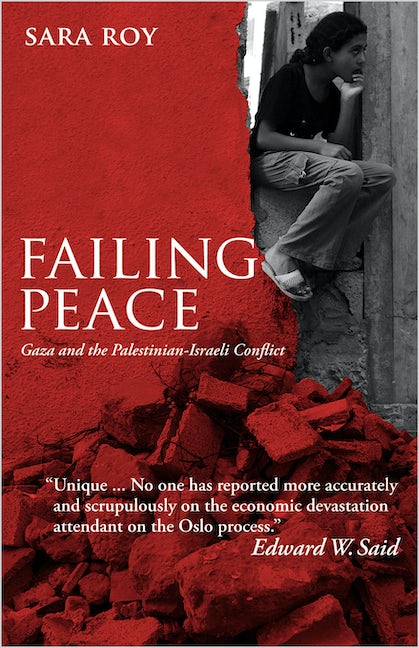 Gaza and the Palestinian-Israeli Conflict

A chronicle of 20 years of conflict
Discussion of Israeli policy toward Palestinians is often regarded as a taboo subject, with the result that few people - especially in the US - understand the origins and consequences of the conflict. This book provides an indispensable context for understanding why the situation remains so intractable.

The book focuses on the Gaza Strip, an area that remains consistently neglected and misunderstood despite its political centrality. Drawing on more than two thousand interviews and extensive firsthand experience, Sara Roy chronicles the impact of Israeli occupation in Palestine over nearly a generation.

Exploring the devastating consequences of socio-economic and political decline, this is a unique and powerful account of the reality of life in the West Bank and Gaza. Written by one of the world's foremost scholars of the region, it offers an unrivalled breadth of scholarship and insight.

Sara Roy is a Senior Research Scholar at the Center for Middle Eastern Studies at Harvard University. A distinguished political economist, she has written extensively on the Palestinian economy and has documented its decline over the last three decades. She is the author of Failing Peace: Gaza and the Palestinian-Israeli Conflict (Pluto, 2006).

'Unique. Roy is humanely rather than only professionally committed in ways that are unmatched by any other non-Palestinian scholar. No one has reported more accurately and scrupulously on the economic devastation attendant on the Oslo process' - Edward W. Said 'I warmly recommend this work of urgent witness by one of the world's foremost experts on the de-development of the Gaza's economy' - Roger Owen, A.J.Meyer Professor of Middle East History, Harvard University
Acknowledgements
Preface
1. Introduction
2. Learning from the Holocaust
3. Israel’s Military Occupation and the First Palestinian
4. Israeli Occupation and the Oslo Peace Process
5. The Failure of 'Peace' and its Consequences
6. Conclusion
Notes
Index
Published by Pluto Press in Oct 2006
Paperback ISBN: 9780745322346
eBook ISBN: 9781783714100