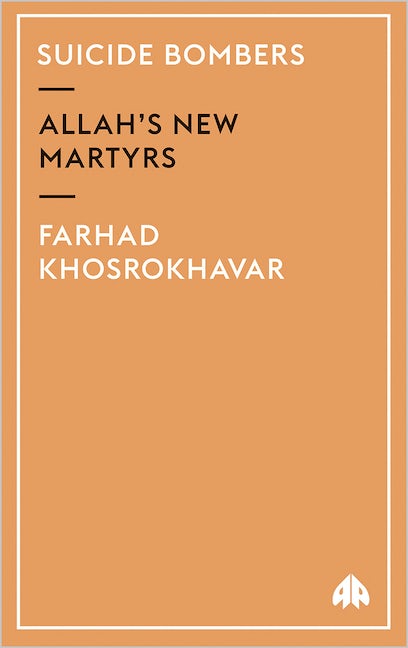 This remarkable book provides some of the answers, and explores how the suicide bomber relates to the concept of the martyr in fundamentalist Islam. Farhad Khosrokhavar contrasts it with the idea of the martyr in Christianity. Most importantly, he offers a clear insight into the different ways in which the concept is viewed within Islam, including divisions within Islamic fundamentalist groups, which change according to the political situation of the country in which they are based.

Drawing on extensive interviews with jailed Islamist militants, Farhad Khosrokhavar examines differing attitudes towards the 'sacred death' in various Islamic countries, including Iran, Palestine, Lebanon and Egypt. He also investigates transnational networks such as Al-Qaeda, offering portraits of various prisoners who belong to the group.

Farhad Khosrokhavar is Professor at the Ecole des Hautes Etudes en Sciences Sociales in Paris. He is the author of The New Arab Revolutions that Shook the World (Paradigm, 2012) and Suicide Bombers (Pluto, 2005).