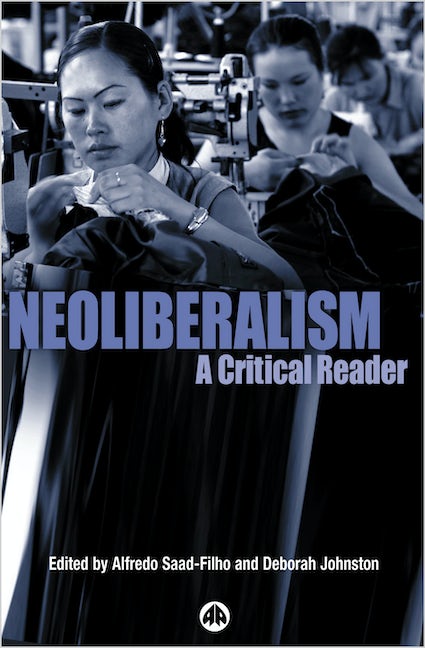 A great resource for students of politics and economics, and anyone looking for a grounded critical approach to this broad subject.
Neoliberalism is the dominant ideology shaping our world today. It dictates the policies of governments, and shapes the actions of key institutions such as the WTO, IMF, World Bank and European Central Bank. Its political and economic implications can hardly be overstated.

Yet there are obvious problems with the neoliberal project. This book is a perfect introduction to neoliberalism that is ideal for anyone seeking a critical perspective. It explains the nature, history, strengths, weaknesses and implications of neoliberalism from the point of view of radical political economics.

Short, self-contained chapters are written by leading experts in each field. The books is organised in three parts: the first section outlining neoliberal theory, the second exploring how neoliberalism has affected various policy areas, and a third looking at how neoliberal policies have played out in particular regions of the world. Using a broad range of left economic perspectives, from post-Keynesian to Marxist, this is a great resource for students of politics and economics, and anyone looking for a grounded critical approach to this broad subject.

Deborah Johnston is a Lecturer in Development Economics at SOAS. She has worked on labour markets and poverty, and has undertaken consultancy work in the UK, Russia and in a number of countries in Africa.