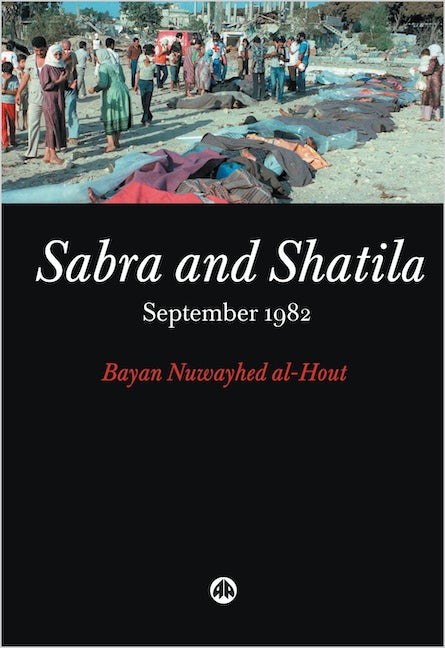 Taking place over three bloody days in the Lebanese capital Beirut, the Sabra and Shatila massacre was committed against Palestinian refugees by Lebanese militias, aided and supervised by the Israeli Army, which had encircled the district. Driven by the horror of what occurred, author Bayan Nuwayhed al-Hout, interviewed survivors and set up an oral history project immediately after the massacre to preserve testimonies.

Containing interviews with the victims families, in addition to statistical data and attempts to determine the number of victims, this book is a courageous attempt to make sense of what happened and an important political document in its own right.

Bayan Nuwayhed Al-Hout was born in Jerusalem. Following the 1948 war, her family moved to live in Amman, then returned to her parents’ homeland of Lebanon in the late 1950s, where she gained a Ph.D. in political science from the Lebanese University. From 1979 on, she joined the academic staff of the same university, and dedicated herself to historical/political writings, mainly on the Palestine Question. She has published several books, and dozens of articles and essays.

Acknowledgment
Introduction
Part 1: Testimonies And Accounts
1. The Place And The Residents: Between The Emigrations Of 1948 And 1982
2. The Israeli Army Encircles The District
3. Friday, September 17, 1982
4. Saturday, September 18, 1982
5. The Killer And The Victim
Part 2: Statistics And Comparisons
1. Field Study, Spring 1984
2. Counting The Victims
Conclusion: Who Was Responsible?
Appendices
Bibliography
Index
Published by Pluto Press in Aug 2004
Paperback ISBN: 9780745323022