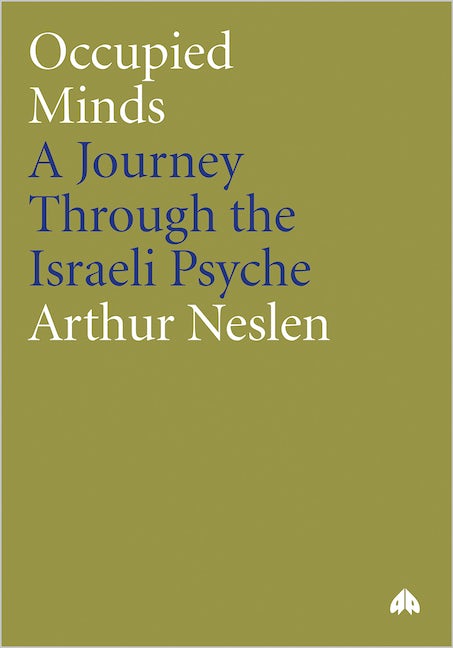 A Journey Through the Israeli Psyche

An insight into the diversity and contradictions of Israeli identity
How are Israelis able to see themselves as victims while victimising others?

Israel's founders sought to create a nation of new Jews who would never again go meekly to the death camps. Yet Israel's strength has become synonymous with an oppression of the Palestinians that provokes anger throughout the Muslim world and beyond.

Arthur Neslen explores the dynamics, distortions and incredible diversity of Israeli society. From the mouths of soldiers, settlers, sex workers and the victims of suicide attacks, Occupied Minds is the story of a national psyche that has become scarred by mental security barriers, emotional checkpoints and displaced outposts of of victimhood and aggression.

It charts the evolution of a communal self-image based on cultural and religious values towards one formed around a single militaristic imperative: national security.

Arthur Neslen was until recently the London correspondent for Aljazeera.net and the website's only Jewish journalist. He is author of Occupied Minds: A Journey Through the Israeli Psyche (Pluto, 2006). He writes for publications including the Guardian, the Independent, the Observer, the New Statesman and Private Eye.

'A fascinating journey through the Israeli Jewish psyche in its multiple manifestations. It invites us to understand the Israeli predicament through Israeli eyes' - Ghada Karmi, Institute of Arab and Islamic Studies, University of Exeter 'Meticulously and rigorously researched. An excellent book for the serious general reader on the Isreali-Palestine/Arab conflict, giving a broad, comprehensive spectrum of people, a confluence of ideas and ideologies' - Jewish Socialist 'Arthur Neslen's sharp insights into the Israeli Jewish mentality are a must read for anyone wishing to understand that society beyond simplistic and reductionist descriptions' - Ilan Pappe, author of A History of Modern Palestine: One Land, Two Peoples 'An important key to understanding the realities beyond the headlines' - Internet Bookwatch 'Brutal and searingly honest accounts. ... A compelling book' - Yvonne Ridley, Political editor of the Islam Channel 'A simple but profound exploration of the complexities and contradictions of Israel. Dissidence, anger and the desire for reform as well as the more familiar bigotry and hatred come through in the words (and silences) of a fascinating cross-section of Israeli Jews' - Hilary Wainwright, Editor of Red Pepper
Introduction
1. Into The Kur Hitukh
2. Soldiers And Sabras
3. Strangers In The Land Of Their Fathers
4. Strange Orthodoxies And Quantum Secularities
5. Believers And Apostates
6. The Home Front
7. The Forgiven And The Forgotten
8. Business As Usual
9. Across The Green Line
10. Away From Zion
Glossary
Index
Published by Pluto Press in Mar 2006
Paperback ISBN: 9780745323657
eBook ISBN: 9781783719297