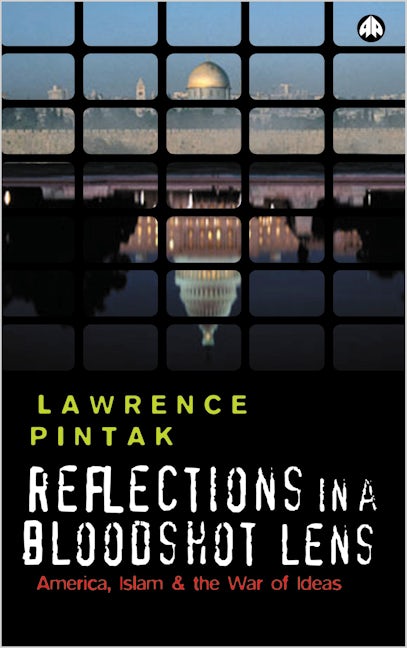 Reflections in a Bloodshot Lens

America, Islam and the War of Ideas

The abyss of misunderstanding and misreporting in the US and Arab media.
There exists today a tragic rift between Americans and the world’s Muslims. Yet in the immediate aftermath of 9/11, there was widespread sympathy for the US throughout the Muslim world.

This book explores what happened. It examines the disconnect that leads Americans and Muslims to view the same words and images in fundamentally different ways. Partly a result of a centuries-old 'us' against 'them' dichotomy, the problem is exacerbated by an increasingly polarised media and by leaders on both sides who either don't understand or don't care what impact their words and policies have in the world at large.

Reflections in a Bloodshot Lens argues that the Arab media revolution and the rise of 'patriot-journalists' in the US marginalised voices of moderation, distorting perceptions on both sides of the divide with potentially disastrous results.

Lawrence Pintak is a veteran foreign correspondent who has reported from more than 40 countries. As CBS News Middle East correspondent in the 1980s, he covered the birth of modern Islamic terrorism in Beirut. He is the author Reflections in a Bloodshot Lens: America, Islam and the War of Ideas (Pluto, 2006) and Seeds of Hate: How America's Flawed Middle East Policy Ignited the Jihad (Pluto, 2003).

'This fine book should stimulate some much-needed thinking about the dangers the US public and policy makers face because of their simplistic world view' - Philip Seib, Lucius W. Nieman Professor of Journalism, Marquette University; author of Beyond the Front Lines: How the News Media Cover a World Shaped by War. 'A compelling and long-needed work' - Charles A. Krohn, Former Deputy Chief of Public Affairs, U.S. Army 'Pintak combines the keen eye of an experienced journalist with [a] sharp intellect. [He] is not afraid to demolish entrenched mythologies' - Hisham Melhem, Washington correspondent, an-Nahar newspaper (Lebanon) and host, Al-Arabiya TV's Across the Ocean 'An acute, informed and timely insight into colliding worlds of perception which dominate the global agenda' - Jim Muir, Middle East correspondent for the BBC and others
Preface
Introduction: Worldview, Identity and the Other
Section I: Foundations of the Relationship
1. In the Eye of the Beholder
2. U.S. Coverage of Islam
3. The Arab and Muslim Media
Section II: The Framing of an Era
4. Rhetoric, Religion and Righteousness
5. The Myth of Terror and the Terror of Myth
6. Enemies, Allies and other Artificial Constructs
Section III: Perceptions of Policy
7. Weaponizing the Media
8. Prism of Pain: Palestine
9. Rewriting the Script: Iraq
Section IV: Hearts & Minds
10. Beyond the Middle East
11. Brand America
12. Symbols of Empire
Epilogue
Acknowledgements
Notes and References
Index
Published by Pluto Press in Jan 2006
Paperback ISBN: 9780745324197
eBook ISBN: 9781786804020