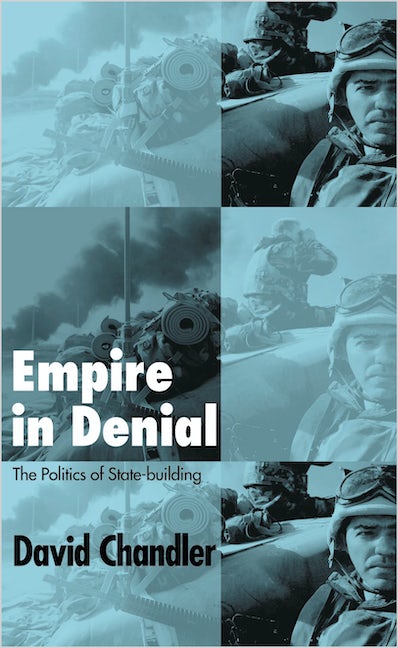 The Politics of State-Building

A critical look at state building
This book argues that state-building, as it is currently conceived, does not work.

In the 1990s, interventionist policies challenged the rights of individual states to self-governance. Today, non-western states are more likely to be feted by international institutions offering programmes of poverty-reduction, democratisation and good governance.

States without the right of self-government will always lack legitimate authority. The international policy agenda focuses on bureaucratic mechanisms, which can only institutionalise divisions between the West and the non-West and are unable to overcome the social and political divisions of post-conflict states. Highlighting the dangers of current policy - including the redefinition of sovereignty, and the subsequent erosion of ties linking power and accountability.

David Chandler is Professor of International Relations, Centre for the Study of Democracy, University of Westminster. He has written widely on democracy, human rights and international relations and is the author of Hollow Hegemony (Pluto, 2009), Empire in Denial (Pluto, 2006), From Kosovo to Kabul and Beyond (Pluto, 2005) and Bosnia (Pluto, 2000).

'A most valuable contribution to the debate on state-and peace-building interventions. It moreover hints at the inadequacy of literature that lumps Western states, intervening agencies and post-conflict societies into one analytical field' - Alex Veit, Development and Change 'A provocative and insightful study which raises many important questions about how the international community employs its power and resources' - Lenard Cohen, Professor of Political Science, Simon Fraser University, British Columbia 'David Chandler's book is a very important one, with a powerful and convincing thesis' - Didier Bigo, Professor of International Relations, Sciences-Po (Institut d'Etudes Politiques), Paris 'A strong, original critique of the Western ideologies of rule that threaten to destroy democracy in order to save it' - Robert M. Hayden, University of Pittsburgh
Acknowledgements
List of Abbreviations
1. Introduction: Empire in Denial
2. State-Building States without Sovereignty
3. The Governance of Government
4. The Ethics of Empire in Denial
5. Denial of the EU’s Eastern Empire
6. Denying the Bosnian Protectorate
7. Techniques of Evasion (1) Anti-Corruption Initiatives
8. Techniques of Evasion (2) The Rule of Law
9. Conclusion: Six Theses on Phantom States and Empire in Denial
References
Index
Published by Pluto Press in Jul 2006
Paperback ISBN: 9780745324289