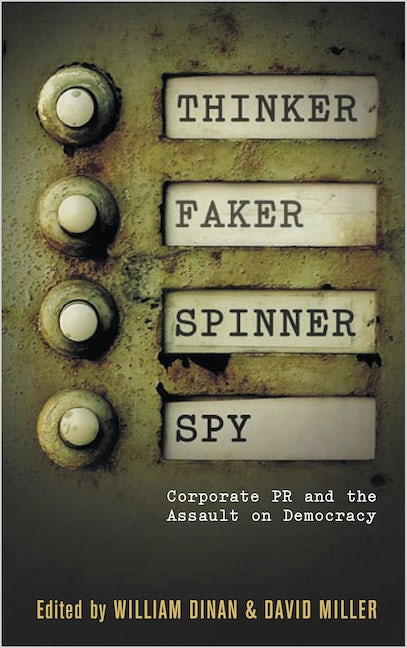 Leading writers expose the scandalous world of corporate spin and its impact on media freedom, democracy and the health of our planet

The public relations industry is not just about celebrity gossip. This book shows how, whenever big business is threatened, spin doctors, lobbyists, think tanks and front groups are on hand to push the corporate interest, often at the public's expense.

David Miller is Professor of Political Sociology at the University of Bristol. He is a founder director of Public Interest Investigations and a director of the Organisation for Propaganda Studies. He is the co-editor of 'What Is Islamophobia?' (Pluto, 2017) and the author of 'Thinker, Faker, Spinner, Spy' (Pluto, 2007) and 'A Century of Spin' (Pluto, 2007).

'Essential reading for anyone concerned with the rise of corporate power and with seeing the world as it really is' - Mark Curtis, journalist and author of 'Unpeople: Britain's Secret Human Rights Abuses' (2007)

'Corporate spin is one of the great toxins of democracy and a free society. <em>Thinker, Faker, Spinner, Spy</em> is a foundational book to educate us about this sleazy realm and equip us to do battle with it' - Robert W. McChesney, author, Communication Revolution: Critical Junctures and the Future of Media