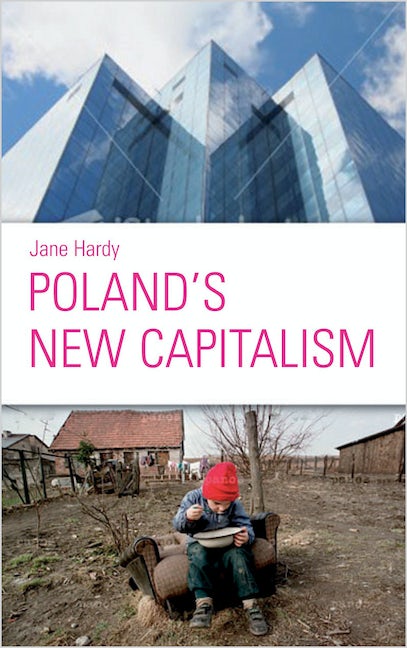 An in-depth study of the effects of free market reforms in Poland since the collapse of communism
This book explores the way that neoliberal policies have formed the basis of political transformation in Poland, championed by both post-communist and post-Solidarity governments.

Poland was central to the historic changes that took place across Eastern Europe at the end of the Cold War. It is the largest economy in the region, and was at the forefront of opposition to communism. Since then, neoliberal policies have controlled the country.

This book assesses the impact of these policies, the role of capital in the form of transnational corporations and foreign direct investment. The revival of trade unions and growth of new social movements are also explored as they challenge Poland's new capitalism.

'With its historical, political, and class-based critique, this book is one of the best yet on Poland's post-communist experience' - David Ost, Professor of Political Science at Hobart and William Smith Colleges, New York, and author of The Defeat of Solidarity (2005) 'An important book that will surely prove influential in shaping our understanding of the uneven consequences of, and changing power relations associated with, post-socialist transformations' - Adrian Smith, Professor of Human Geography, Queen Mary, University of London 'Although Poland is allegedly Eastern Europe's economic tiger, over 50 percent of its population live below the welfare line. This fascinating book documents the brutal restoration of capitalism in Poland and provides an overview of the new forms of social resistance that are responding to the failure of Poland's new capitalism' - Przemyslaw Wielgosz, editor Le Monde diplomatique – Polish edition
Acknowledgements
Glossary
1. Introduction: Poland's New Capitalism
2. Crisis, Revolt, Reform And Repression: Poland 1945 To 1990
3. The Leap To Global Capitalism: 1990 Onwards
4. 'Not Just An Inside Job': Constructing Consent For Neoliberalism
5. Catching Up Or Lagging Behind? Poland In The Global Division Of Labour
6. The 'Shock Troops' Of Foreign Capital
7. Every Day Life Under Neoliberalism: Work And Welfare
8. Workers' Organisations In A Global Economy
9. 'No More Stockings And Red Carnations': Women, Transformation And Resistance
10. Political Parties And New Movements
11. Prospects For The Future
Bibliography
Index
Published by Pluto Press in Jul 2009
Paperback ISBN: 9780745324562
eBook ISBN: 9781783719327