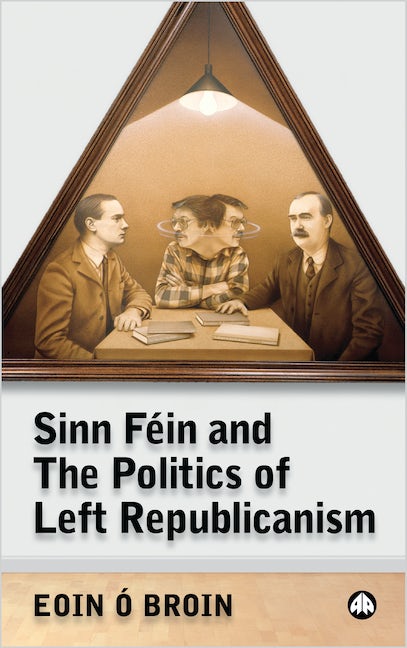 Sinn Féin and the Politics of Left Republicanism

The story of Sinn Féin's place in the globally resurgent democratic left
Sinn Fein is a growing force in Irish politics. Now the country's third largest party, Sinn Fein have been one of the central architects of the peace process and are increasingly setting the terms of political debate in Ireland north and south. Despite this, the party remains much misunderstood and often misrepresented.

Sinn Fein and The Politics of Left Republicanism explores the ideological and organisational origins of the party, charts their history and recent political development and assesses their possible futures.

Eoin O Broin is a writer and policy analyst based in Dublin. He has been a Sinn Fein activist for fifteen years, He is the Chairperson of Dublin Sinn Fein and a member of the party's Ard Comhairle (National Executive). He writes a regular column for An Phoblacht and is the author of Sinn Fein and the Politics of Left Republicanism (Pluto, 2009).

'An intelligent, readable and very fascinating reflection on left republicanism in Ireland' - Richard English, Professor of Politics, Queens University Belfast, author of Armed Struggle and Irish Freedom 'Full of information and analysis yet extremely easy to read, Eoin O'Broin poses the question that has occupied the minds of many down through decades of struggle - not just how best to establish the 'republic' but what that republic will look like?' - Dr Laurence McKeown, writer, playright and former IRA political prisoner
Introduction
1. The Origins of Left Republicanism
2. The Arrival of Left Republicanism
3. Left Republicanism on the margins
4. Sinn Féin & the politics of left republicanism
5. Conclusion
History Lesson - Eight theses on the future of Sinn Féin
Appendix 1: Sinn Féin election results 1982 - 2007
Appendix 2: Sinn Féin policy documents
Recommended reading
Notes
Bibliography
Index
Published by Pluto Press in Feb 2009
Paperback ISBN: 9780745324623