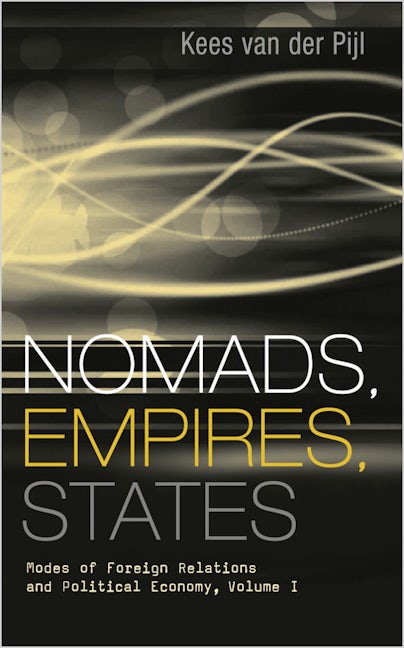 Modes of Foreign Relations and Political Economy, Volume I

*Shortlisted for the Deutscher Memorial Prize 2008*

How we think about international relations theory needs to change. Kees van der Pijl argues that by making the "nation-state" the focus of international relations, the discipline has become Euro-centric and a-historical and that theories of imperialism and historic civilisations, and their relation to world order, have been discarded. With more than half the world's population living in cities, with unprecedented levels of migration, global politics is present on every street corner. The 'international' is no longer only a balance of power among states, but includes tribal relations making a comeback in various ways.

Outlining a new approach to IR theory, the book makes a case for a re-reading of world history in terms of foreign relations, and shows what it reveals about both our past and our future.

Kees van der Pijl is a Fellow of the Centre for Global Political Economy and Professor Emeritus at the University of Sussex. His books include The Disciple of Western Supremacy (Pluto, 2014) The Foreign Encounter in Myth and Religion (Pluto, 2010), the Deutscher prize-winning Nomads, Empires, States (Pluto, 2007).

'Tracing the history of foreign relations, Kees van der Pijl shows that they are inscribed in daily life. Nomads, Empires, States is an artful study that redefines the field of international studies'

'His highly accessible tour de force is rich, provocative, and interesting. It is also important for an understanding of this difficult and (hopefully) transitional moment in history'

'An intellectual tour de force! This important, innovative and insightful book challenges the dominant Euro-centric and state-centric approach to International Relations. By offering an alternative framework based on the concept of 'modes of foreign relations,' Van der Pijl takes us on a journey through time that allows us to grasp the origins and development of 'relations between communities.''

'A work of scholarship, imagination, cogency and irreducible humanistic optimism'

'Provides a majesterial and authentic historical materialist account of 'foreign relations' that is at once conceptually innovative and deeply historical. This impressive work deserves a very wide readership, particularly by those of us who recognise the importance of van der Pijl's subject but make use of different theoretical traditions'

'Synthesises a massive amount of research in dividing human history into four main modes of foreign relations: tribal, empire/nomad, sovereign equality, and global governance. A convincing case is made for the power of his theorisation of our past and its crucial contribution not only for understanding the present, but also for mapping the paths to desirable futures'

Preface
1. Foreign Relations and the Marxist Legacy
2. Tribal Encounters
3. Imperial Universalism and the Nomad Counterpoint
4. The Conquest of the Oceans-Ethnogenesis of the West
5. Worlds of Difference
References
Index