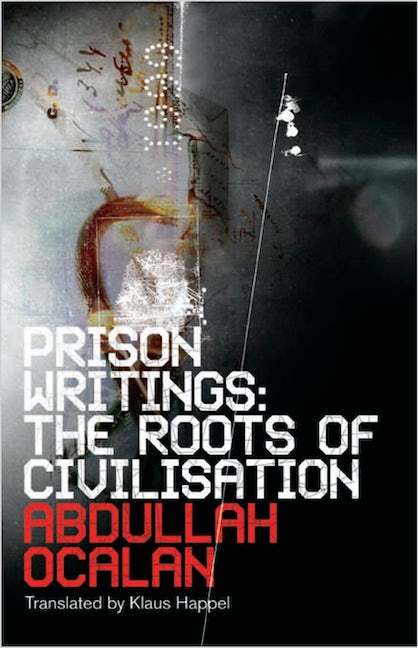 The Roots of Civilisation

The prison writings of Kurdish freedom fighter and PKK leader Abdullah Ocalan
Abdullah Ocalan was the most wanted man in Turkey for almost two decades until his kidnapping and arrest in 1999. He has been in prison ever since. This is the first publication of his writings amassed during his imprisonment.

As the founder of the Kurdish Workers Party (PKK), the group fought for an independent Kurdish state in the south east of Turkey. In a sustained popular uprising, tens of thousands of PKK guerrillas took on the second largest army in NATO.

Since his imprisonment, Ocalan has written extensively on Kurdish history. This book brings together his writings for the first time. Breathtaking in scope, it provides a broad Marxist perspective on ancient Middle Eastern history, incorporating the rise of the major religions (Islam, Christianity and Judaism), and defining the Kurdish position within this, from the ancient Sumerian civilization through the feudal age, the birth of capitalism and beyond.

'Öcalan has penned a monumental history of the ancient Near East that offers a grand vision. His well informed and highly original synthesis has the additional advantage of transcending academic fields. This is the first truly postcolonial history of Mesopotamia, a controversial, intellectually stimulating work' - Randall H. McGuire, Professor of Anthropology, Binghamton University, Binghamton NY, and author of A Marxist Archaeology 'Once I began reading, I was unable to put the text down ... very informative and perceptive' - Ghada Talhami, D.K. Pearsons Professor of Politics, Lake Forest College, Illinois
Preface
Translator's introduction
SECTION 1: SLAVE-OWNING SOCIETY AND THE DEVELOPMENT OF CIVILISATION
Introduction
1. The birth of civilisation on the banks of Tigris and Euphrates
2. The historical role of Sumerian civilisation
3. Permanent effects of Sumerian civilisation
4. Some methodological problems concerning historical development and expansion
5. The expansion and maturity of slavery
6. Tribal confederations, local and territorial states
7. Resistance to slaveholder civilisation and its reform
9 Medes, Persians and the making of the East
SECTION 2: THE AGE OF FEUDAL CIVILISATION
1. The ideological identity of the feudal age
2. Islam as a revolutionary force of the feudal age
3. Institutionalisation and expansion of feudal civilisation
4. Climax and decay of feudal civilisation
5. Some conclusive remarks on Sections 1 and 2
SECTION 3: THE CIVILISATION OF THE AGE OF CAPITALISM
1. The birth of capitalism and its new ideological identity
2. The development and institutionalisation of capitalist civilisation
3. Capitalist expansion and the climax of capitalist civilisation
4. The overall crisis of civilisation and the age of democratic civilisation
SECTION 4: IDEOLOGICAL IDENTITY AND TIMESPACE CONDITIONS OF THE NEW DEVELOPMENT IN CIVILISATION
1. Ideological identity in the third millennium
2. A new programme for the Kurdish movement
3. Reflections on strategic and tactical approaches
4. Time as a creative element
5. Global aspects and perspectives
SECTION 5: CAN A NEW SYNTHESIS OF CIVILISATIONS ARISE FROM THE CULTURAL TRADITIONS OF THE MIDDLE EAST?
1. The renewal of ideological identity is a task of historic priority
2. The preconditions of a new synthesis
3. Theory and practice of Middle Eastern civil society
Notes
Index
Published by Pluto Press in Jan 2007
Hardcover ISBN: 9780745326160