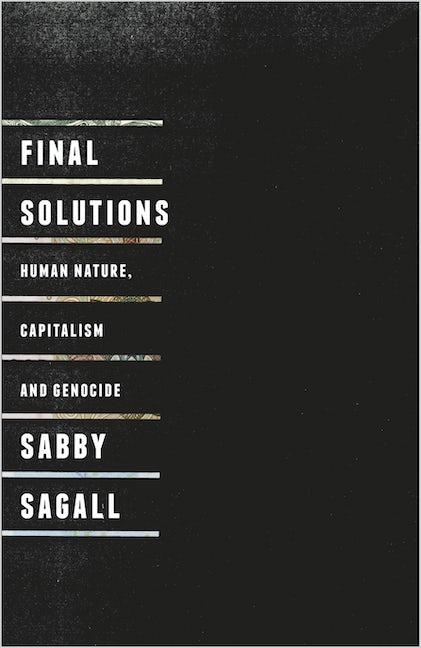 A highly original theoretical intervention into the causes of genocide, combining Marxism and psychoanalysis.
What causes genocide? Through an examination of four modern genocides - the Native Americans, the Armenians, the Jews and the Rwandan Tutsis - Sabby Sagal formulates a theoretical framework for understanding some of the darkest hours of humanity.

Drawing on the scholarship of a range of Marxist psychoanalysts, from the Frankfurt School to Wilhelm Reich, shows how genocides are enacted by social classes or communities that have experienced isolation and denial of human needs, prostration and humiliation at the hands of major historical defeats, or powerlessness. These denials or degradations produce severe reactions: hatred, destructiveness and an impotent rage, which is often projected onto a perceived 'other'. Through close analysis and theorising of the commonalities and differences between recent genocides, Sagal hopes to produce greater understanding of the socio-psychological rationale behind atrocities, in order to prevent recurrences.

Sabby Sagall is a former senior lecturer in Sociology at the University of East London. He writes regularly for Socialist Review and is the author of Final Solutions (Pluto Press, 2013).

'Disturbing yet enlightening' - Kevin Kenny, Professor of History, Boston College 'Illuminates that hottest button of topics - modern genocide. No one has made so cogent a case for a Marxist analysis' - Kurt Jacobsen, University of Chicago, author of Pacification and Its Discontents (2010) and Freud’s Foes (2009) 'A hugely ambitious book which covers immense historical ground and attempts to answer one of the most challenging historical and theoretical questions of our time' - John Molyneux, Irish Marxist Review 'Sagall reaches farther than many in this field, ambitiously working to uncover the shared psychological states that have resulted in a variety of genocidal events throughout time' - Guy Lancaster, Marx and Philosophy Review of Books 'Sabby Sagall asks important questions of psychology, fascism and genocidal murder ... there is much to be gained from his book, particularly his synopses of psychoanalytic thinkers and schools of thought' - Andy Ridley, International Socialism
Introduction
1. Why Do People Kill People?
2. Killers On The Couch
3. What Makes Killers Tick?
4. Killing ‘Things’
5. Native American Genocide
6. The Armenian Genocide
7. The Nazi Holocaust
8. The Rwandan Genocide
Summary And Conclusion
Bibliography
Index
Published by Pluto Press in Oct 2013
Paperback ISBN: 9780745326535
eBook ISBN: 9781849648929