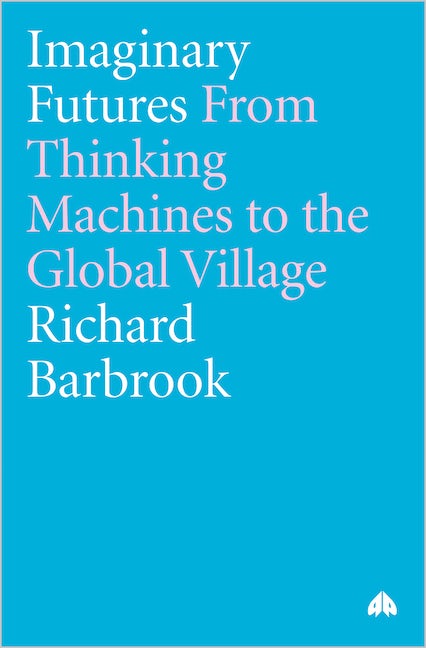 From Thinking Machines to the Global Village

At the height of the Cold War, the Americans invented the only working model of communism in human history: the Internet. Yet, for all of its libertarian potential, the goal of this hi-tech project was geopolitical dominance: the ownership of time was control over the destiny of humanity. The potentially subversive theory of cybernetics was transformed into the military-friendly project of 'artificial intelligence'. Capitalist growth became the fastest route to the 'information society'. The rest of the world was expected to follow America's path into the networked future.

Today, we're still being told that the Internet is creating the information society - and that America today is everywhere else tomorrow. Thankfully, at the beginning of the twenty-first century, the DIY ethic of the Internet shows that people can resist these authoritarian prophecies by shaping information technologies in their own interest. Ultimately, if we don't want the future to be what it used to be, we must invent our own, improved and truly revolutionary future.

'Barbrook has an amusing take on our distorted - if not delusional - relationship with technology, but his underlying point is serious: future visions of technology are used to distract us and also control us, and if we forget these imaginary futures, we are likely to repeat them' - Guardian Unlimited 'A compelling, authoritative, and painstakingly documented narrative, Imaginary Futures traces the emergence of the computer era in the context of desperately competing ideologies, economics, and empires. This is a work of passionate and persuasive scholarship by a contemporary social theorist at the top of his game' - Douglas Rushkoff, author, Coercion, Media Virus, Get Back in the Box.
1. The Future Is What It Used To Be
2. The American Century
3. Cold War Computing
4. The Human Machine
5. Cybernetic Supremacy
6. The Global Village
7. The Cold War Left
8. The Chosen Few
9. Free Workers In The Affluent Society
10. The Prophets Of Post-Industrialism
11. The American Road to Cybernetic Communism
12. The Leader Of The Free World
13. The Great Game
14. The American Invasion Of Vietnam
15. Those Who Forget The Future Are Condemned To Repeat It
References
Index
Published by Pluto Press in Apr 2007
Paperback ISBN: 9780745326603
eBook ISBN: 9781783716470