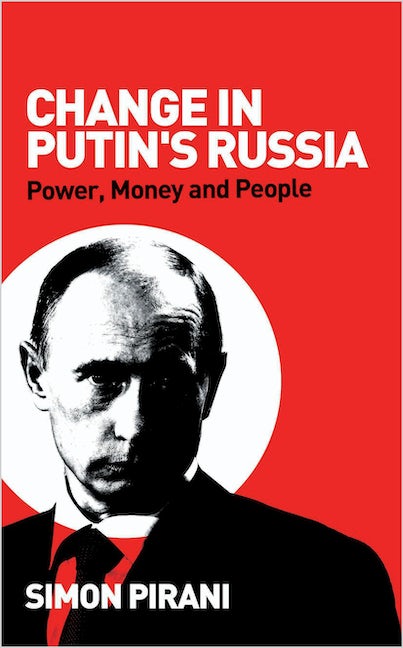 A story of desperation, despotism and resistance in modern Russia
This is an investigation into the interaction of power, money and people in Russia during the presidencies of Vladimir Putin and Dmitry Medvedev.

Profiling Putin's team, including his security services and pro-market economic 'reformers', Simon Pirani argues that the growth during the oil boom was one-sided. The gap between rich and poor widened. Now the boom is over, this problem has only grown.

As well as explaining Russia's economic trajectory, the book provides a unique account of the social movements that are working against an increasingly authoritarian government to change Russia for the better.

Simon Pirani is Senior Visiting Research Fellow at the Oxford Institute for Energy Studies, and has written widely on Soviet history and energy issues. His books include Burning Up: A Global History of Fossil Fuel Consumption (Pluto, 2018), The Russian Revolution in Retreat (Routledge, 2008) and Change in Putin’s Russia (Pluto, 2009).