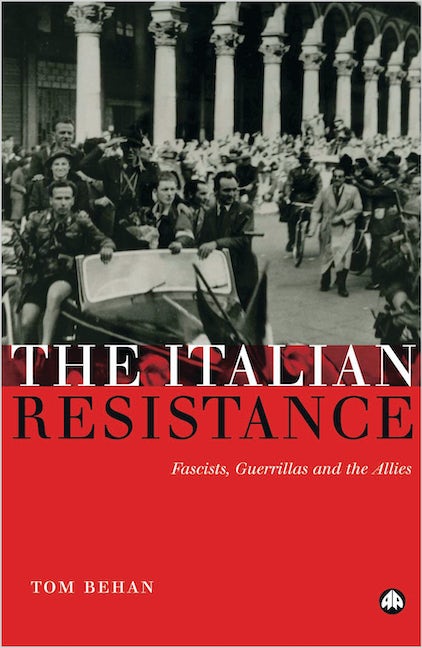 Fascists, Guerrillas and the Allies

The inspiring story of Italy's anti-fascist partisans
One of the enduring myths about World War Two is that the Allies alone liberated occupied Europe. However, many countries had successful anti-fascist movements, and Italy's was one of the biggest and most politically radical. Yet it remains relatively unknown outside of its own homeland.

Tom Behan tells this inspiring history. Within Italy many plaques and streets commemorate the actions of the partisans - a movement from below that grew as Mussolini's dictatorship unravelled. Led by radical left forces, the Resistance trod a thin line between fighting their enemies at home and maintaining an uneasy working relationship with the Allies.

Through the use of unpublished archival material and interviews with surviving partisans, this is an inspiring story of liberation.

Tom Behan was Senior Lecturer in Italian Studies at the University of Kent. His books include The Italian Resistance (Pluto, 2009) and See Naples and Die (Tauris, 2009).

'This is the book on mid-twentieth century Italian history I have been waiting for' - Dr Gerd-Rainer Horn, Senior Lecturer, Department of History, Universityof Warwick 'At a time when the Italian Resistance is under attack from all quarters, Tom Behan's clear and accessible book is a trenchant reminder that the movement had great moral, historical and political significance' - Dr Phil Cooke, Senior Lecturer in Italian Studies, University of Strathclyde, editor of The Italian Resistance: An Anthology (1998).
Abbreviations
Acknowledgements
Chronology
Part I
Introduction: The meaning of the Resistance; How this book is structured.
1. Midnight in the Century
2. The Mafia and street kids - how fascism fell in the South
3. People, parties and partisans
4. Resistance in the mountains
5. Resistance in the cities
6. 'Aldo says 26 for one'
7. Postwar partisan activity
8. The long liberation
Part II
9. Female fighters
10. The Partisan Republics
11. Organising 'terrorism'
12. An uneasy alliance
Conclusion
Notes
Index
Published by Pluto Press in Jun 2009
Paperback ISBN: 9780745326948
eBook ISBN: 9781783715510