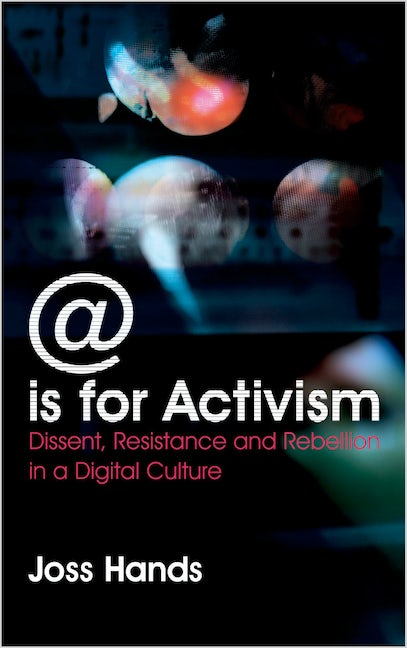 Dissent, Resistance and Rebellion in a Digital Culture

How have politics and activism been transformed by digital media, including digital television, online social networking and mobile computing?

Since the emergence of new technologies, new modes of cooperation, deliberation and representation have risen to the fore, @ is for Activism maps out how political relationships have been reconfigured and new have emerged through the use of new technologies. A host of critical thinkers populate the study, from Martin Heidegger and Herbert Marcuse criticism of technology's close relation to capitalism, to media networks' actualising the Habermasian ideal of collective communicative action, Hands delineates the potentials and the pitfalls of a technologised politics.

From anti-war activism, to global justice movements, peer production and 'Twitter' activism, we see how politics is being shaped by the new technological environment.