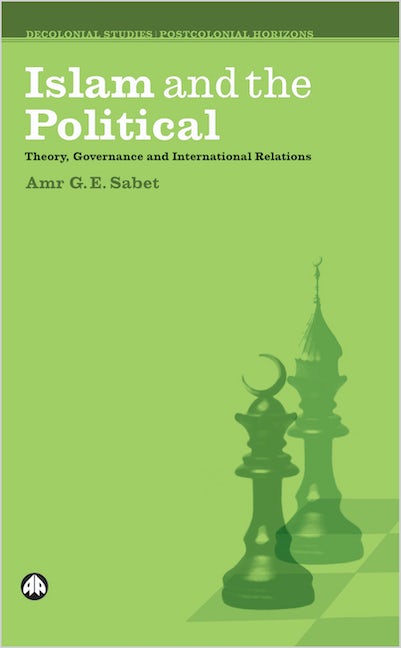 Islam and the Political

Sabet argues that rather than leading to a 'Clash of Civlizations' or the assimilation of Islam into the Western system, a positive process of interactive self-reflection between Islam and liberal democracy is the best way forward.

Acknowledgements
Introduction
1. Religion, Politics and Social Change: A Theoretical Framework
2. Islam and the Appropriation of Modernity
3. Welayat al-Faqih: an Islamic Theory of Elite Hegemony or, Assabiyyat Al-khawass
4. The Islamic Paradigm of Nations: Toward a Neo-Classical Approach
5. Islam, Iran and Western Discourse: Behind the Democratic Veil 6. Liberalism and the Contestation of Islamic Sovereignty
7. Human Rights: A Double Discourse of Power
8. Interview
Bibliography
Index
Published by Pluto Press in May 2008
Paperback ISBN: 9780745327198