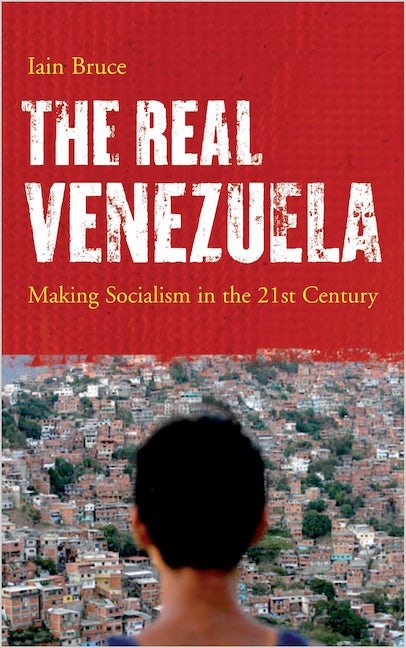 Making Socialism in the 21st Century

A refreshing look at the meaning of socialism in Venezuela from the point of view of the country's ordinary citizens.

Venezuela has become a huge source of hope and inspiration for the Left throughout the world. Some see it as a shining example of how to begin building a successful socialist state, but Western leaders see it as a dangerous enemy and accuse Chávez of being a dictator. This book reveals the truth by examining the country from the ground up.

Iain Bruce explores the political changes underway in Venezuela at the level of the lives of ordinary people. Through grassroots investigations and extended interviews, he explores a series of key transformations in Venezuela: a new social economy around a network of co-operatives; workplace democracy; popular education; radical agrarian reform; participatory budgets and community planning. The result is a clear picture of everyday life in Venezuela.

No other book on the country has this level of detail; it will be a key text for students of Latin American politics and social movements and of interest to anyone following the fortunes of the Bolivarian Revolution.

Iain Bruce is a British journalist and filmmaker who has made documentaries for Channel 4 and the BBC. During 2004 and 2005 he was BBC correspondent in Caracas, Venezuela. Currently he is an adviser to Telesur, the Latin American news channel based in Venezuela. He is the author of The Real Venezuela (Pluto, 2008) and The Porto Alegre Alternative: Direct Democracy in Action (Pluto, 2004).

'A first-class study of the reality of the Bolivarian revolution in all its complexity' - Diana Raby, Senior Fellow in Latin American Studies, University of Liverpool, and author of Democracy and Revolution: Latin America and Socialism Today

'An excellent new study of Venezuela ... Bruce calls attention to perhaps the aspect that counts most: what does Venezuela's 21st century socialism mean for the lives of ordinary Venezuelans?' - Gregory Wilpert, author of Changing Venezuela by Taking Power and editor of Venezuelanalysis.com