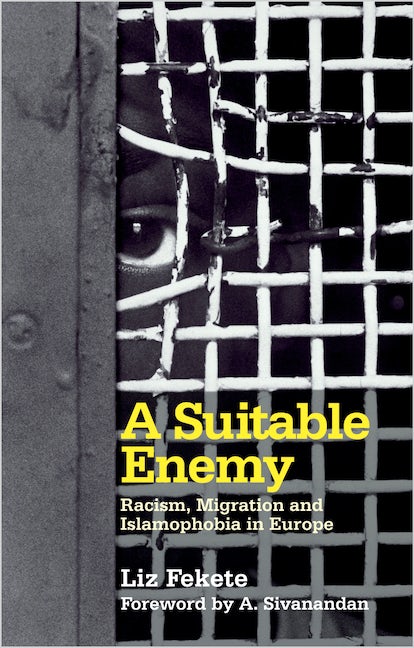 Racism, Migration and Islamophobia in Europe

Liz Fekete argues that at the same time as the EU introduces selective migration policies, it closes its borders against asylum seekers who were the first victims of the growth of the security state which now embraces Muslims. She explores the way in which antiterrorist legislation has been used to evict undesirable migrants, how deportation policies commodify and dehumanise the most vulnerable and how these go hand in hand with evolving forms of racism, particularly Islamophobia.

At the heart of the book is an examination of xenoracism - a non-colour coded form of institutionalised racism - where migrants who do not assimilate, or who are believed to be incapable of assimilation, are excluded.

Liz Fekete is Executive Director of the Institute of Race Relations and has written and lectured widely on issues of migration, race and security in Europe. She edits the European Race Bulletin. She is a consultant on refugee and immigration issues to a number of organisations, including the Refugee Council, and was an expert witness at the Basso Permanent Peoples' Tribunal and the World Tribunal on Iraq. She is the author of A Suitable Enemy (Pluto, 2009).

'One of the best analysts of the complexities of racism in Europe today. This the major work we've been waiting for. An enormously accomplished and important book' - Professor Avery Gordon, Department of Sociology, University of California, Santa Barbara 'Presents an important analysis that should be used by anyone concerned about the real threats to human rights and democracy today' - Professor Stephen Castles International Migration Institute, University of Oxford 'Deserves a slow and careful reading. Liz Fekete reaches into the unique archives of knowledge and provides a clear, detailed and insightful road map for those who want to navigate and understand where, how and why current executive actions are reproducing. This work of extraordinary thoroughness and clear, passionate moral insight provides a primer of unparalleled utility' - Gareth Peirce, civil rights lawyer
Acknowledgements
Foreword by A. Sivanandan
Introduction
Xeno-Racism and the Security State
1. The Emergence of Xeno-racism
2. Anti-Muslim Racism and the Security State
Islamophobia and Accusatory Processes
3. Enlightened Fundamentalism? Immigration, Feminism and the Right
4. The New McCarthyism
Detention and Deportation
5. The Deportation Machine
6. 'Speech Crime' and Deportation
The fight for Civil Rights
7. They Are Children Too
8. Islamophobia, Youth Resistance and the Meaning of Liberty
Notes to the text
Index
Published by Pluto Press in Mar 2009
Paperback ISBN: 9780745327921
eBook ISBN: 9781783713929

END_OF_DOCUMENT_TOKEN_TO_BE_REPLACED
Back to Top
X