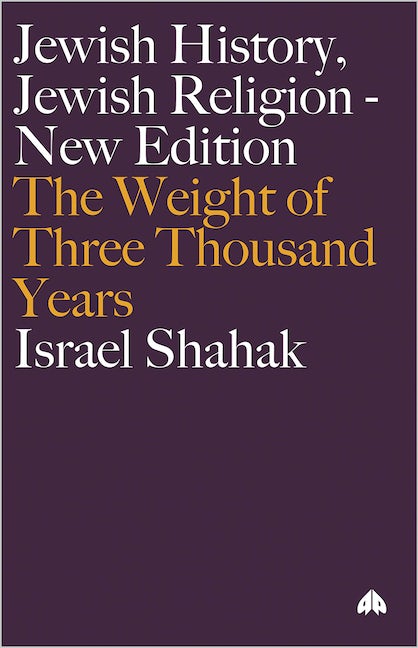 The Weight of Three Thousand Years

Israel Shahak was a remarkable man. Born in the Warsaw ghetto and a survivor of Belsen, Shahak arrived in Israel in 1945. Brought up under Jewish Orthodoxy and Hebrew culture, he consistently opposed the expansion of the borders of Israel from 1967.

In this extraordinary and highly acclaimed book, Shahak embarks on a provocative study of the extent to which the secular state of Israel has been shaped by religious orthodoxies of an invidious and potentially lethal nature. Drawing on the Talmud and rabbinical laws, Shahak argues that the roots of Jewish chauvinism and religious fanaticism must be understood before it is too late.

Written from a humanitarian viewpoint by a Jewish scholar, this is a rare and highly controversial criticism of Israel that will both excite and disturb readers worldwide.

'Subjects the whole history of Orthodoxy to a hilarious and scrupulous critique' - Christopher Hitchens, The Nation

'The voice of reason is alive and well, and in Israel, of all places. Shahak is the latest - if not the last - of the great prophets' - Gore Vidal

'The future of the Palestinian people would have looked much brighter if there had been more Israelis like Shahak ... An outstanding personality' - The Jerusalem Times