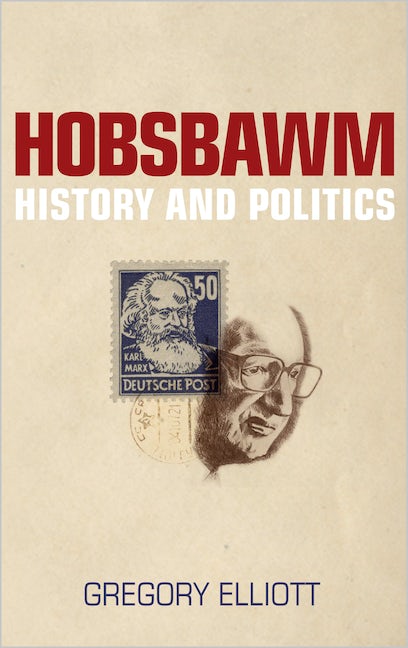 An analysis of 20th century historian Eric Hobsbawn, assessing his scholarly record and the intellectual and political journey his life represents.
From the early rumblings of the French revolution, at the start of the long nineteenth century, to the fall of the Soviet bloc at the close of the short twentieth century, historian Eric Hobsbawm is possibly the foremost chronicler of the modern age.

Hobsbawm was a chronicler of revolutions, labour history, Empire, and conflicts; whose writings have informed the historical consciousness of scholars and general readers alike. From colonialism to capitalism, his trilogy of histories, The Age of Revolution, The Age of Capital and The Age of Empire, evidence his skill for identifying the plurality of forces at play in major historical events. Tracing his intellectual and political journey, and encompassing the extraordinary historical events that marked his life, Gregory Elliot fills an analytical gap on Hobsbawm's scholarship and Marxist historiography.

Gregory Elliott is a Visiting Fellow at Newcastle University. His books include Hobsbawm: History and Politics (Pluto, 2010), Ends in Sight (Pluto, 2008), Perry Anderson: The Merciless Laboratory of History (1998) and Althusser: The Detour of Theory (2006).

'The remarkable and prolific works of Eric Hobsbawm have gone too long without a serious critical analysis which treats them as an evolving whole. In a closely argued and highly readable account, Gregory Elliott sets out to fill this gap ... a revealing exploration' - Justin Rosenberg, Reader in International Relations, University of Sussex 'Shrewdly and eruditely, guided by critical sympathy, Gregory Elliott provides an informative and insightful accounting of Hobsbawm and the politics he tried to uphold' - Geoff Eley, Karl Pohrt Distinguished University Professor of Contemporary History, Department of History, University of Michigan 'Gregory Elliott's shrewd and characteristically elegant intellectual biography of Hobsbawm is a timely intervention [...] studded with judicious and sometimes stiletto-sharp criticisms' - Red Pepper
Preface
Acknowledgements
1. Formative Experiences, Refounding Moments
2. The International and the Island Race
3. Enigmatic Variations
Conclusion: The Verdict of the World
Notes
Bibliography
Index
Published by Pluto Press in Oct 2010
Paperback ISBN: 9780745328447
eBook ISBN: 9781783716784