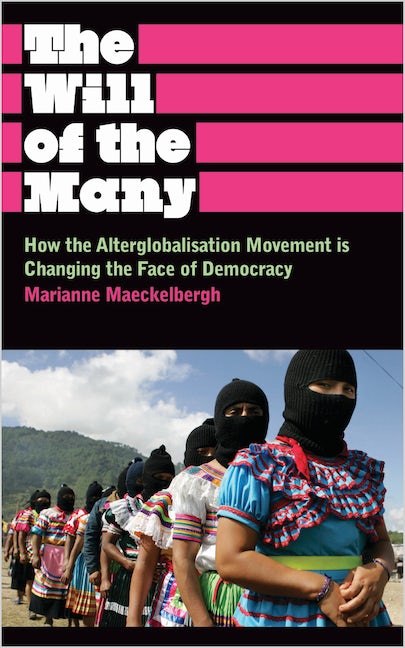 The Will of the Many

How the Alterglobalisation Movement is Changing the Face of Democracy

The new model for democracy is found in grassroots movements

Never before has the idea of democracy enjoyed the global dominance it holds today, but neoliberalism has left the practice of democracy in deep crisis.

This book argues that the most promising model for global democracy is not coming from traditional political parties or international institutions, but from the global networks of resistance to neoliberal economics, known collectively as the Alter-globalisation movement. Through extensive ethnography of decision-making practices within these movements, Maeckelbergh describes an alternative form of global democracy in the making.

Perfect for activists and students of political anthropology, this powerful and enlightening book offers radical changes.

Marianne Maeckelbergh is lecturer in Cultural Anthropology and Development Sociology at Leiden University, Netherlands. She has 15 years experience as an activist, organising and facilitating exactly the decision-making processes that lie at the heart of her study. She is the author of The Will of the Many (Pluto, 2009).

'Fifty years from now, this book may well be looked back on as having opened an entire new chapter in the history of democratic thought. It certainly deserves to' - Dr David Graeber, Reader in Anthropology, Goldsmiths College, University of London

'A sophisticated analysis of the alter-globalisation movement from the perspective of a well-connected insider' - C. J. MacKenzie, University of Lethbridge reviewing for Choice