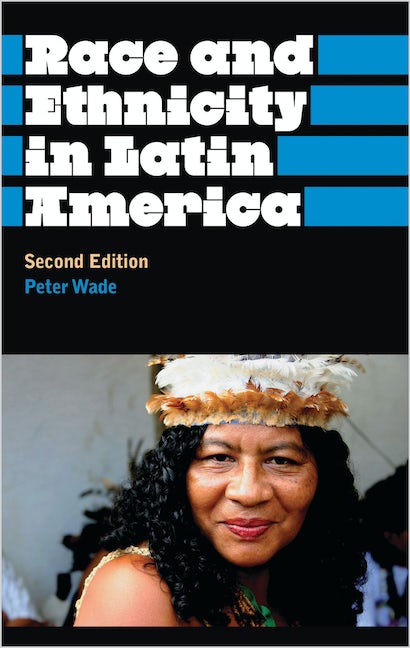 Race and Ethnicity in Latin America

A fully updated edition of a great work on Latin American identity. It will significantly enhance students' knowledge and understanding of the region.
For over ten years, Race and Ethnicity in Latin America has been an essential text for students studying the region. This second edition adds new material and brings the analysis up to date.

Race and ethnic identities are increasingly salient in Latin America. Peter Wade examines changing perspectives on Black and Indian populations in the region, tracing similarities and differences in the way these peoples have been seen by academics and national elites. Race and ethnicity as analytical concepts are re-examined in order to assess their usefulness.

This book should be the first port of call for anthropologists and sociologists studying identity in Latin America.

'An excellent source on past and present debates, and a coherent and insightful set of proposals concerning methodology' - International Affairs 'A much needed up to date and accessible discussion of key issues in Latin America' - A. Sillitoe, Social Sciences, Staffordshire University An interesting, clearly written book, well illustrated by examples, which will be a valued introduction to [the] issues in Latin America' - SLAS Newsletter October 97
Preface To Second Edition
Introduction
1. The Meaning Of ‘Race’ And ‘Ethnicity’
2. Black And Indigenous Peoples In Latin America
3. Early Approaches To Blacks And Indigenous People, 1920s-1960s
4. Inequality And Situational Identity: The 1970s
5. Blacks And Indigenous People In The Postmodern Nation-State And Beyond
6. Black And Indigenous Social Movements
7. Studying Race And Ethnicity In A Postmodern And Reflexive World
Notes
Index