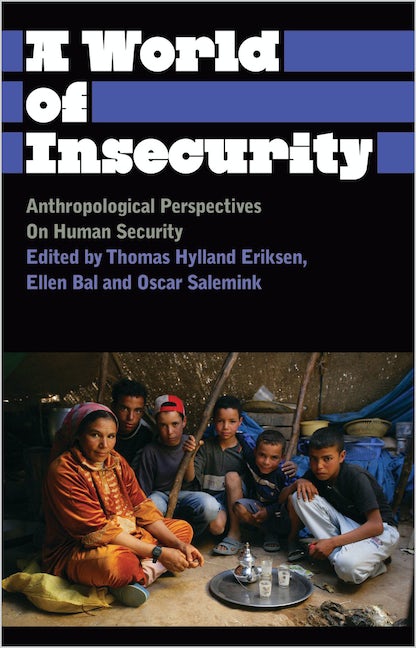 A World of Insecurity

A pioneering contribution to the emergent anthropology of human security that brings classic concerns of the field into the 21st century.

Human security is a key element in the measure of well-being, and a hot topic in anthropology and development studies. A World of Insecurity outlines a new approach to the subject.

The contributors expose a contradiction at the heart of conventional accounts of what constitutes human security, namely that without taking non-material considerations such as religion, ethnicity and gender into account, discussions of human security, academically and in practical terms, are incomplete, inconclusive and deeply flawed. A variety of compelling case studies indicate that, in fact, material security alone cannot adequately explain or fully account for human activity in a range of different settings, and exposed to a variety of different threats.

This forceful book will expand and deepen the entire concept of human security, in the process endowing it with political relevance. It is an essential read for students of development studies and anthropology.

Ellen Bal is a Lecturer in Anthropology at Free University of Amsterdam. She is the co-editor of A World of Insecurity: Anthropological Perspectives on Human Security (Pluto, 2010) and the author of They Ask if we Eat Frogs: Garo Ethnicity in Bangladesh (2007).

Oscar Salemink is Professor of Anthropology and Head of Department in the Department of Social and Cultural Anthropology, Free University of Amsterdam. He is the co-editor of A World of Insecurity: Anthropological Perspectives on Human Security (Pluto, 2010) and is the author of The Ethnography of Vietnam's Central Highlanders: A Historical Contextualization, 1850-1990 (Routledge, 2003).

1. Human Security and Social Anthropology by Thomas Hylland Eriksen
Part I The Political Economy of Human Security
2. Taking Risks for Security’s Sake: Bolivians Resisting their State and its Economic Policies by Ton Salman
3. State Formation, Imposition of a Land Market and Silent Resistance among the Berbers of the
Middle Atlas by Bernard Venema (with Ali Mguild)
4. Flexible Migrants: Brazilian Gold Miners and their Quest for Human Security in Surinam by Marjo de Theije and Ellen Bal
Part II Security, Identity and Belonging
5. ‘Bharat-Wasie or Surinamie?’ Hindustani Notions of Belonging in Surinam and the Netherlands by Ellen Bal and Kathinka Sinha-Kerkhoff
6. Cultural Identity as a Key Dimension of Human Security in Western Europe: The Dutch Case
Edien Bartels, Kim Knibbe by Martijn de Koning and Oscar Salemink
7. ‘I’d die without the Cybersouk’: Local Experiences in a Dutch Digital Community Centre by Lenie Brouwer
8. Religion, Identity and Security Among Pomeranian Lutheran Migrants in Espírito Santo, Brazil (1880–2005): A Schema Repertoire Approach by André Droogers
Part III: States of (In)security
9. Changing Notions of Belonging: Migrants and Natives in an Amsterdam Multicultural Neighbourhood by Marion den Uyl
10. Tales from a Captive Audience: Dissident Narratives and the Official History of the Seychelles by Sandra Evers
11. Harnessing Ceremonial for Political Security: An Indian Princely State on the Verge of Extinction by Dick Kooiman
12. Ritual Efficacy, Spiritual Security and Human Security: Spirit Mediumship in Contemporary Vietnam by Oscar Salemink
Notes on Contributors
Index
Published by Pluto Press in Feb 2010
Paperback ISBN: 9780745329840
eBook ISBN: 9781783713721