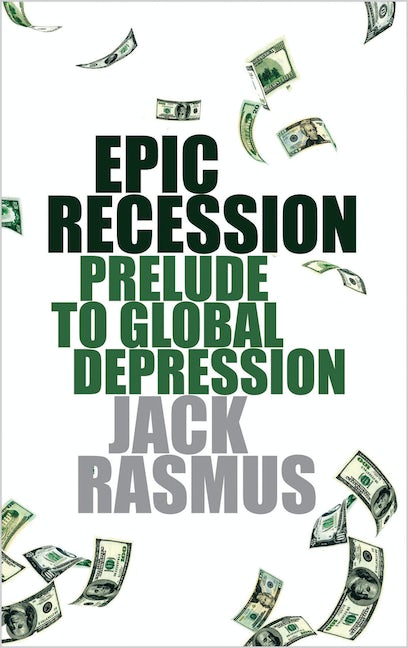 The 2008 recession left the United States in deep trouble. With unemployment levels approaching 25 million and banks sustained by trillions of government dollars, are governments and economists understanding the crisis correctly?

Examining US economic history, Jack Rasmus reveals how the 2008 global financial crisis is an 'epic recession'. This 'epic recession' is neither a full-blown depression nor a short-lived period of economic contraction, followed by a swift return to growth, instead it demands the radical restructuring of the economy through a massive job creation program, nationalisation, a fundamentally different banking structure and a long-term redistribution of income, through better healthcare and benefit systems.

This is a rallying call for trade unionists and radicals who want to ensure that any recession recovery is felt further than Wall Street.

Jack Rasmus is a Professor of Economics at St Marys College and Santa Clara University, both in California. He is author of Obama's Economy: Recovery for the Few (Pluto, 2012) and Epic Recession: Prelude to Global Depression (Pluto, 2010). He has been a business economist, market analyst and vice-president of the National Writers Union.