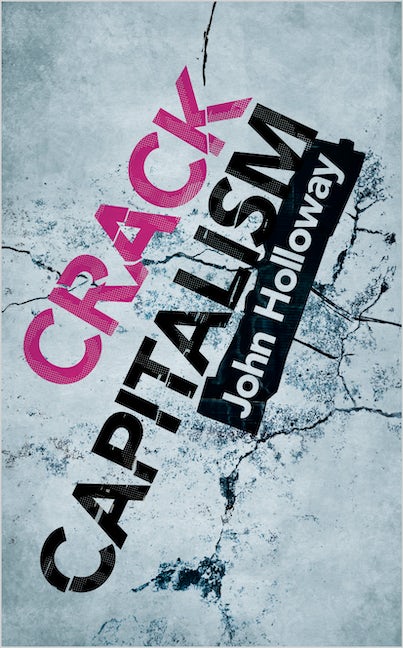 A groundbreaking guide to moving beyond capitalism, which shows that radical change can only come from exploiting 'cracks' in the system.
How can we rebel against the capitalist system? John Holloway argues that by creating, cracks, fractures and fissures that forge spaces of rebellion and disrupt the current economic order.

John Holloway, author of the groundbreaking Change the World Without Taking Power, sparked a world-wide debate among activists and scholars about the most effective methods of fighting capitalism from within. From campaigns against water privatisation, to simply not going to work and reading a book instead, Holloway demands we must resist the logic of capitalism in our everyday lives. Drawing on Marx's idea of 'abstract labour', Holloway develops 33 theses that will help you create, expand and multiply 'cracks' in the capitalist system.