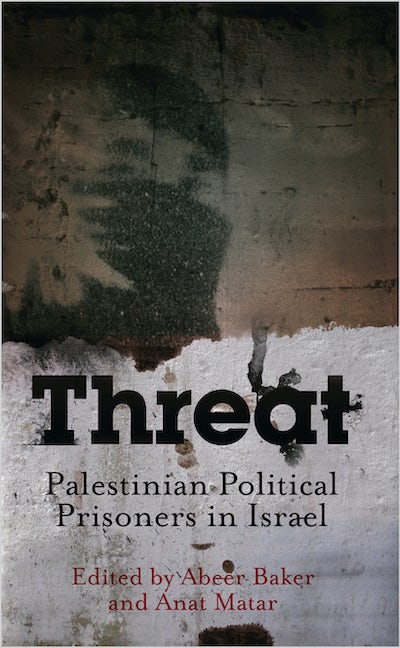 By highlighting the various images of Palestinian prisoners in the Israel-Palestine conflict, Abeer Baker and Anat Matar chart their changing fortunes. Essays written by prisoners, ex-prisoners, Human rights defenders, lawyers and academic researchers analyse the political nature of imprisonment and Israeli attitudes towards Palestinian prisoners. These contributions deal with the prisoners' status within Palestinian society, the conditions of their imprisonment and various legal procedures used by the Israeli military courts in order to criminalise and de-politicise them. Also addressed are Israel's breaches of international treaties in its treatment of the Palestinian prisoners, practices of torture and solitary confinement, exchange deals and prospects for release.

This is a unique intervention within Middle East studies that will inspire those working in human rights, international law and the peace process.

Abeer Baker is a senior lawyer with Adalah: The Legal Center for Arab Minority Rights in Israel (NGO) and heads the Legal Clinic for Prisoners' Rights, in the Law Faculty of Haifa University. She is the co-author of Threat: Palestinian Political Prisoners in Israel (Pluto, 2011).

Anat Matar is a senior lecturer of philosophy at Tel Aviv University and a political activist. She is the chair of the Israeli Committee for the Palestinian Prisoners and the co-author of Palestinian Political Prisoners in Israel (Pluto, 2011).

'A timely and urgent volume that brings to the fore the systematic injustices endemic to the Israeli imprisonment of Palestinians' - Judith Butler, Maxine Elliot Professor, Departments of Rhetoric and Comparative Literature, UC Berkeley 'Offers not only nuanced information and unconventional insights, but also the feasibility of an anti-occupation, anti-colonial life of action, developed together by Palestinians and Jews' - Amira Hass, journalist An imperative illustration of how the Israeli Occupation has imprisoned the political voices of the Palestinian people. Featuring a spectrum of authors with a range of expertise, this volume offers readers a refreshing insight into and documentation of Israel's revocation of Palestinians' right to justice' - Mustafa Barghouti 'No one reading this book will come away without new insight into one of the key areas of Israel's on-going distortion of Palestinian society by the removal of so many men and women key to its development' - Victoria Brittain
Preface: The Palestinian Prisoners: Politicization and De-Politicization, by Abeer Baker and Anat Matar
Notes on Contributors
Part I – Analyses
1. The Centrality of the Prisoners' Movement to the Palestinian Struggle against the Israeli Occupation: A Historical Perspective, by Maya Rosenfeld
2. Towards a Materialist Reading of Political Imprisonment in Palestine, by Esmail Nashef
3. Who Is a Security Prisoner and Why? An Examination of the Legality of Prison Regulations Governing Security Prisoners, by Alon Harel
4. The Security Risk as a Security Risk: Notes on the Classification Practices of the Israeli Security Services, by Yael Berda
5 Palestinian Women Political Prisoners and the Israeli State, by Nahla Abdo
6. Prison Policy and Political Imprisonment in Northern Ireland and Israel, by Alina Korn
Part II – Arrest, Interrogation, Trial, Release
7. The Arrest and Persecution of Elected Political Leaders Interview with Sheikh Muhammad Abu-Teir, Interviewed by Abeer Baker and Anat Matar
8. My Arrests, My Interrogations, by Osama Barham
9. Colonel and Major (poem), by Avigdor Feldman
10. Welcome to Shin Bet Country, by Avigdor Feldman
11. A Decade after the High Court of Justice “Torture” Ruling, What’s Changed?, by Bana Shoughry-Badarne
12. The Mysteries of Administrative Detention, by Tamar Pelleg-Sryck
13. Reframing the Legality of the Israeli Military Courts in the West Bank: Military Occupation or Apartheid?, by Sharon Weill
14. Are There Prisoners in this War?, by Smadar Ben-Natan
15. Institutional Schizophrenia: The Release of "Security Prisoners" in Israel, by Leslie Sebba
16. Prisoner Exchange Deals: Between Figures and Emotions, by Mounir Mansour
Part III – Inside Prison
17. Females Prisoners and the Struggle: A Personal Testimony, by Ittaf Alian (Hodaly)
18. Devil's Island: Transfer of Palestinian Detainees into Prisons within Israel, by Michael Sfard
19. Family Visits to Palestinian Prisoners Held inside Israel, by Sigi Ben-Ari and Anat Barsella
20. Isolation and Solitary Confinement of Palestinian Prisoners and Detainees in Israeli Facilities, by Sahar Francis and Kathleen Gibson
21. The Impact of Isolation on Mental Health, by Ruchama Marton
Consciousness Molded or the Re-Identification of Torture, by Walid Daka
Index
Published by Pluto Press in May 2011
Paperback ISBN: 9780745330204
eBook ISBN: 9781783714322