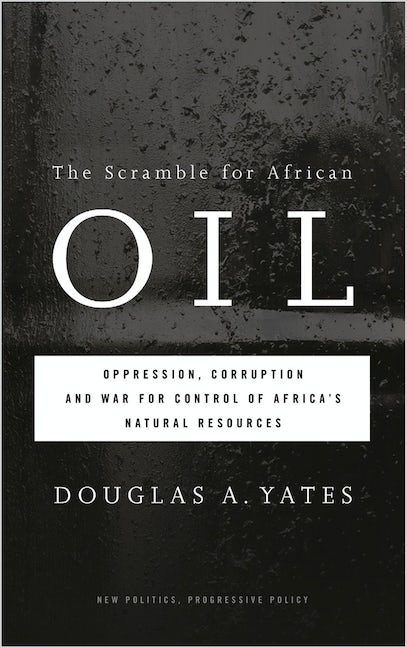 The Scramble for African Oil

Oppression, Corruption and War for Control of Africa's Natural Resources

How Western control of Africa's oil has fed corruption and undermined democracy, and how African people have resisted.

This is a history of the abuses suffered by Africa through colonial, imperial and capitalistic scrambles for oil that have plagued the continent for centuries. France, the US, Portugal, Spain and other western nations have continually plundered Africa’s resources, leading to political corruption and the annihilation of democracy that continues to this day.

Extraordinary stories reach far into the depths of domination and control. Neo-colonialism in Gabon, Yankee Landlords of Cabinda and the World Bank in Chad are explored, as is the growth of kleptocracy, the rise of multinational corporations and the legacy of slavery.

Concluding with evidence of how Africans have refused to remain passive in the face of such developments, forming movements to challenge this new attempt at domination, this book challenges our understanding of Africa, raising questions about the consequences of our reliance on foreign resources.

'Essential reading for anyone seeking an understanding of the 'resource curse', the global exploitation of Africa's resources and the troubled state of African politics' - Michael Klare, Professor of Peace and World Security Studies, Hampshire College and author of Rising Powers, Shrinking Planet: The New Geopolitics of Energy

'Yates brilliantly scales the walls of the oil fortress in Africa and shines a light into the complex politics - local, national and global - of the oil and gas industry' - Michael Watts, 'Class of 1963' Professor of Geography and Development Studies at the University of California, Berkeley