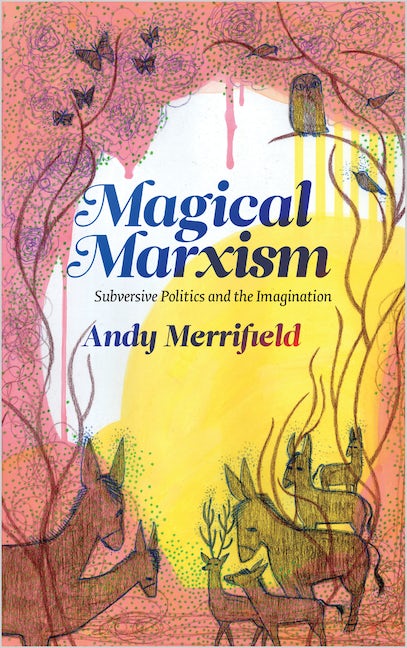 Subversive Politics and the Imagination

*Shortlisted for the Bread and Roses Prize, 2012*

Magical Marxism demands something more of orthodox Marxism - something more interesting and liberating. It asks that we imagine a Marxism that moves beyond debates about class, the role of the state and the dictatorship of the proletariat. In escaping the formalist straitjacket of typical Marxist critique, Merrifield argues for a reconsideration of Marxism and its potential, applying previously unexplored approaches to Marxist thinking that will reveal vital new modes of political activism and debate.

This book will provoke and inspire in equal measure. It gives us a Marxism for the 21st century, which offers dramatic new possibilities for political engagement.

Andy Merrifield is a Fellow of Murray Edwards College, Cambridge and the author of numerous books including The New Urban Question, (Pluto, 2014) Magical Marxism (Pluto, 2011) and The Wisdom of Donkeys (Short Books, 2009).

'Andy Merrifield is original, erudite, politically alive and readable. And above all, this book will be (in strictly the first sense of the term) thought-provoking!'

'Brings us a Marxism that is 'warmer' than most recent forms, Marxism as it might have been imagined by DH Lawrence or one of the great Latin American novelists. Helps us see how Marxism can make us more authentic human beings'

- Marshall Berman, author of All That Is Solid Melts Into Air

Preface
Introduction: The Circulation of Revolt: Real and Fictitious Marxism
1. Living an Illusion: Beyond the Reality of Realism
2. Subscribing to the Imaginary Party: Notes on a Politics of Neo-Communism
3. Spontaneous Overflow of Powerful Feeling: Activism and Immateriality
4. Militant Optimism and the Anti-Capitalist Transition
5. Macondo of the Mind: Imagination Seizes Power
6. Butterflies, Owls, and Little Gold Fishes: Conjuring up Revolutionary Magic
Notes
Index