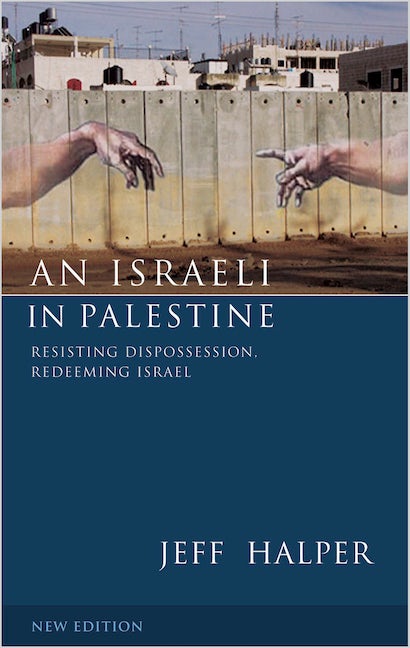 An Israeli in Palestine

An Israeli's passionate argument for a solution in Palestine based on respect for human rights and tolerance.
Israeli anthropologist and activist Jeff Halper throws a harsh light on the Israeli-Palestinian conflict from the point of view of a critical insider. While the Zionist founders of Israel created a vibrant society, culture and economy, they did so at a high price: Israel could not maintain its exclusive Jewish character without imposing on the country's Palestinian population policies of ethnic cleansing, occupation and discrimination, expressed most graphically in its ongoing demolition of thousands of Palestinian homes, both inside Israel and in the Occupied Territories.

An Israeli in Palestine records Halper's journey 'beyond the membrane' that shields his people from the harsh realities of Palestinian life to his 'discovery' that he was actually living in another country: Palestine. Without dismissing the legitimacy of his own country, he realises that Israel is defined by its oppressive relationship to the Palestinians.

This second edition is includes an epilogue gauging the chances for peace after the failed Annapolis process.

'Jeff Halper's book, like his life's work, is an inspiration' - Jonathan Cook, author of Blood and Religion (2006) and Israel and the Clash of Civilisations (2008)
Illustrations and Maps
Introduction: Getting It and Going There
Part I: Comprehending Oppression
1. The Making of a Critical Israeli
2. The Message of the Bulldozers
Part II: The Sources Of Oppression
3. The Impossible Dream: Constructing a Jewish Ethnocracy in Palestine
4. Dispossession (Nishul): Ethnocracy’s Handmaiden
5. The Narrative of Exodus
Part III: The Structure Of Oppression
6. Expanding Dispossession: The Occupation and the Matrix of Control
7. Concluding Dispossession: Oslo and Unilateral Separation
Part IV: Overcoming Oppression
8. Redeeming Israel
9. What About Terrorism?
10. Apartheid, Warehousing Or….
11. Where Do We Go From Here?
Appendices
Bibliography
Further Resources
Index