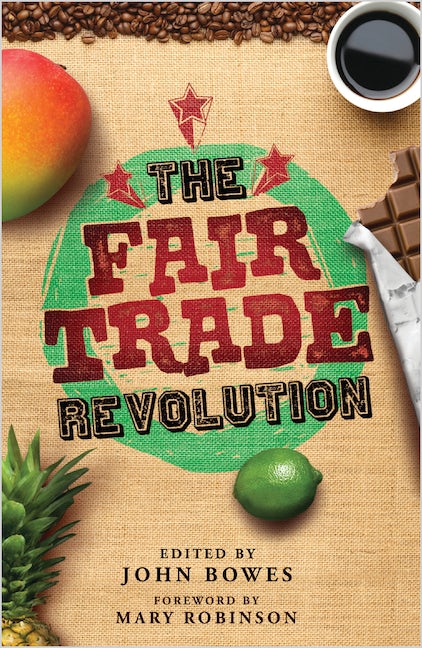 A lively survey of Fair Trade and the challenges facing it, written by some of the leading lights in the Fair Trade movement.
From Sainsbury's to Cadbury's, the Fair Trade campaign made sustainability a cornerstone for food conglomerates. Built around the experiences and perspectives the key individuals who kick-started the social movement, this book examines the challenges ahead now that Fair Trade has 'gone mainstream'.

Mary Robinson is the President of Realizing Rights: The Ethical Globalization Initiative, former President of Ireland, and UN High Commissioner for Human Rights (1997-2002).

'Fairtrade has brought considerable benefits to millions of the poor, but is still in its infancy. This highly readable account will help Fairtrade to grow and for the benefits to spread to millions more' - John Madeley, co-author 50 Reasons to Buy Fair Trade 'Provides an insightful and important analysis of the development of the Fair Trade movement world wide, built around the experiences and perspectives of several of the key individuals who led the way' - Mary Robinson, from the foreword
Foreword
Contributors
Introduction
1. A Brilliant Idea - John Bowes
Part I: Producers
2. The Impact of Fairtrade - Harriet Lamb
3. Rachel’s Blog - Rachel Archer
4. The Road to Freedom - Pedro Haslam and Nicholas Hoskyns
5. Heroes and Demons - Jeroen Kroezen
Part II: Consumers
6. Campaigning for Justice - Joe Human and Bruce Crowther
7. A Glass and a Half Full - David Croft and Alex Cole
8. Honesty, Openness and Social Responsibility - John Bowes
9. Banana Breakthrough - Matt North
Part III: Future Challenges
10. The Greatest Challenge - Jonathan Rosenthal
11. Tricky Waters - Tomy Mathew
12. Scale without Compromise - Harriet Lamb
13. Raising the Bar or Redirecting the Flood - Robin Murray
14. When the Rain Stops - John Bowes
Notes on Contributors
Index
Published by Pluto Press in Dec 2010
Hardcover ISBN: 9780745330792
eBook ISBN: 9781783713905